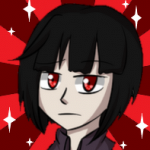 My Favorite ..... in Miraculous Ladybug

So, found out about the show in between the 1st and 2nd season hiatus when Nickelodeon was airing a re-run of "Mr.Pigeon" by chance. Upon seeing Chloé Bourgeois I immediately thought it was some Barbie show, an extremely well made one at that. However, as I continued watching I gradually figured out it wasn't just that. Rather it was something way better. After that, I quickly watched the other 25 episodes in season 1. Since then, I have been closely following the international releases of the episodes here on the wiki.

Retrieved from "https://miraculousladybug.fandom.com/wiki/User:Quiet-Frost?oldid=491557"
Community content is available under CC-BY-SA unless otherwise noted.