watch 03:27
Wiki Targeted (Entertainment)
Do you like this video?
Play Sound 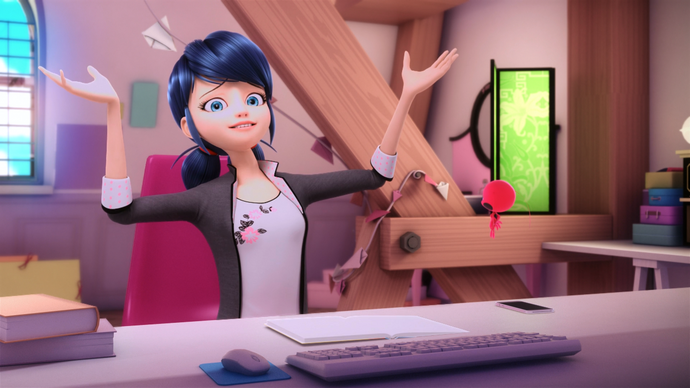 "Tikki" is the twelfth webisode of Miraculous Secrets. The English version was released worldwide on June 6, 2018, on the official Miraculous YouTube Channel.[1]

Tikki is the Kwami of creation, she was born at the same time as the universe and has watched over each Ladybug over the centuries. This little magical creature has quickly become a real ally for Marinette both in real life and when she becomes Ladybug.

Retrieved from "https://miraculousladybug.fandom.com/wiki/Tikki_(webisode)?oldid=669492"
Community content is available under CC-BY-SA unless otherwise noted.