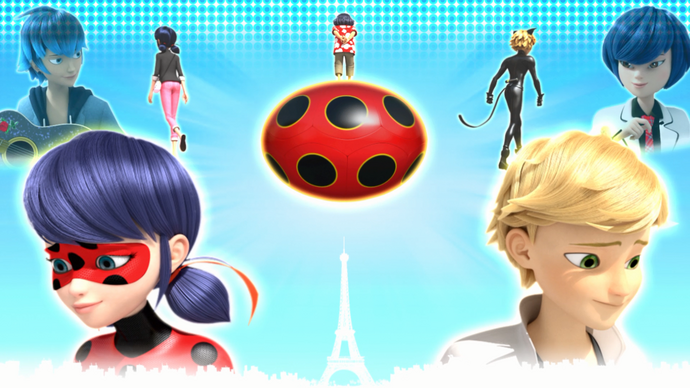 "The Battle of the Miraculous" is a two-part episode special in Season 3 of Miraculous: Tales of Ladybug & Cat Noir.[1]

Marinette helps Adrien and Kagami escape a ceremony organized by the Bourgeois couple for their 20 years of marriage. The 3 friends have fun until Marinette, seeing Adrien and Kagami together, decides to leave them alone, sacrificing her feelings for the one she's always loved.

But during this time, the Bourgeois anniversary turns sour and the couple gets akumatized.

Now Heart Hunter, a Cerberus with two heads constantly fighting each other, they devour all love in Paris.

Overpowered by this powerful villain, Ladybug seeks the help of Master Fu. But still upset about her love sacrifice, she makes a mistake that will prove disastrous...[2]

MIRACULOUS - 🐞 THE BATTLE OF THE MIRACULOUS 🐞 - SEASON 3 - Extended Compilation

Retrieved from "https://miraculousladybug.fandom.com/wiki/The_Battle_of_the_Miraculous?oldid=738709"
Community content is available under CC-BY-SA unless otherwise noted.