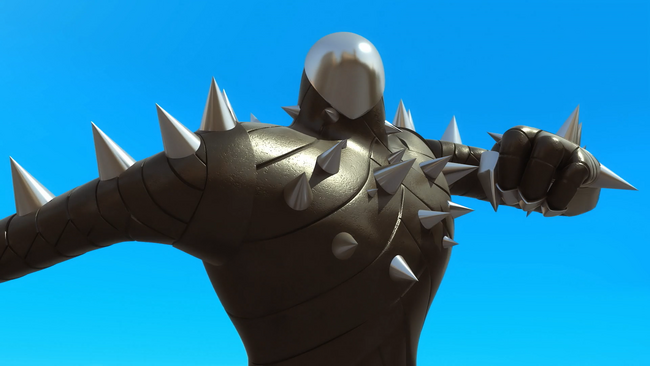 This episode is also the 2nd and final part of the Season 4 2-part finale, "Shadow Moth's Final Attack".

Unaware that they are under the influences of a powerful villain, Ladybug and Cat Noir are determined to get back to their lives as quickly as possible. They think everything is under control, but Shadow Moth is preparing himself for his first big victory. What will Ladybug and Cat Noir do to stop him?

Shadow Moth's trap closes in on Ladybug and Cat Noir, threatening to turn their fate upside down.[5]

The episode follows the events of "Risk": Adrien finds Félix's revealer lens but hears Strikeback attacking the city and transforms into Cat Noir on the run. Meanwhile, on the roof of the Gare du Nord, Marinette Dupain-Cheng decides to transform into Pegabug and catch up to Adrien but is interrupted by the sentimonster. She decides to postpone the rescue and runs to fight it as Ladybug.

Meanwhile, aboard the train, Nathalie attempts to cheer up who she thinks is Adrien, and Lila expresses her hope of becoming close friends with Adrien. Félix agrees with them and leaves to the bathroom. He reaches out the fake Peacock Miraculous and Nathalie's tablet and is frustrated to discover that the Miraculous did not work. Upon breaking it, to his fury, he discovers that it's a fake.

Back in Paris, Ladybug and Cat Noir agree to hurry up and defeat the villain as soon as possible. As they prepare to fight Strikeback, Risk makes the Parisians approach the villain and put themselves in danger, thus distracting the heroes. Affected by Risk, Cat Noir tries to use his Cataclysm, and Ladybug accidentally causes destruction when releasing the sentimonster from her yo-yo. The heroes argue, Cat Noir calling out Ladybug for never taking any risks nor taking the time to explain anything to him, as they dodge the sentimonster's fearsome punches. Cat Noir then claims that he doesn't need Ladybug to protect him, and that they'd never get akumatized, and she remembers the events of "Cat Blanc", then tells him that he doesn't know what he's talking about, to which Cat Noir chastises her for not telling him anything. Just then, Rena Furtive warns Ladybug just in time to avoid another punch, and, under Risk's influence, she thanks her out loud, revealing the fact that Rena was around to Cat Noir. The heroes continue rescuing the reckless Parisians.

Ladybug rounds up the team, which splits up in order to fight Strikeback and protect the civilians at the same time. Vesperia, Purple Tigress and Polymouse soon discover that their powers, instead of affecting the villain, are only cloned by it. Ladybug orders the team to avoid using their powers, and they all gather at the city hall, Ladybug carrying Risk, whom she believes to be a regular child. Strikeback throws the Roue de Paris at the heroes. Ryuko protects the team by sending the wheel towards the Tour Montparnasse, and Carapace shell-ters Rena, making everyone, including Shadow Moth, aware of her activity. Disappointed for going behind her back and telling Nino, Ladybug promises to address this later. Risk taunts Ladybug and continues singing, and Cat Noir decides to carry him away. Rena Furtive notices that all the heroes and civilians have a frog mark on their necks as Risk launches Cat Noir, who realizes that they are dealing with an akumatized villain. Ladybug orders him to de-transform and brings part of the team to neutralize Risk while the rest limit the damage. Risk admits that he hid the akumatized object after they destroy all his belongings. Meanwhile, Cat Noir, influenced by Risk, decides to fight Strikeback and uses his Cataclysm, which is soon absorbed by the sentimonster. Ladybug, using her Lucky Charm yet doubting herself, decides to travel to the past and retrieve the akumatized object with the help of an ally who she believes hasn't been affected: Adrien.

Unifying the Ladybug, Horse and Rabbit Miraculouses to become Pennybug, she travels to the train and bumps into Félix. She makes sure he doesn't have a mark on his neck and gives him the Dog Miraculous, encouraging him. Félix notices that she can access all the Miraculous from her yo-yo. He transforms and receives instructions, casually holding Pennybug's hand and yo-yo. The two enter a Burrow and return to the point when Froggy was akumatized, touch his stuffed toy with the ball and return to the present, where the team struggles to keep up with Strike Back. He uses his power, and Ladybug destroys the toy and reverts the damage, bringing Cat Noir back to his senses. Cat Noir overhears Ladybug praising the new hero, Flairmidable. Ladybug and Flairmidable leave to the sewers to recharge their kwamis, and Félix insists on fighting alongside her and promises to stand up to his "father", inspired by her.

The heroes regroup, and Ladybug is excited to have Cat Noir and Flairmidable, holders of the Cat and Dog Miraculous, meet. She uses her Lucky Charm and asks Rooster Bold to clone the glasses she gets. Meanwhile, Flairmidable discreetly touches her yo-yo with his ball. Ladybug explains her plan of isolating the sentimonsters and teleporting them away, and Flairmidable shows concern. The heroes run towards the villain, but Flairmidable stays where he was and observes as the Shell-ter closes around Strikeback and they are teleported to the sun. He sympathizes with them and leaves just as Ladybug uses her Miraculous Ladybugs. Shadow Moth is frustrated by the fact that she has not made any major mistakes. Ladybug and Rena Furtive meet up, and the latter de-transforms. Alya apologizes to her for telling Nino, but Ladybug understands and relates. Alya tells Ladybug not to trust her with the Fox Miraculous again due to the riskiness and Shadow Moth knowing, and with her reluctant approval, renounces Trixx and tells Ladybug to retrieve the rest of the Miraculouses before she transforms back.

After taking back the Miraculouses, Ladybug goes to the sewers but can't find Adrien. Meanwhile, Flairmidable awaits Gabriel's return, who calls Nathalie to cancel the trip, and interrupts him, revealing his identity and causing Gabriel to drop the phone. On the train, Nathalie tries to reach out to him and explain that Adrien is missing but starts coughing uncontrollably. Lila smirks. Ladybug makes it to Adrien's room and asks him to return the Dog Miraculous. After she explains, Adrien tells her that she gave the Miraculous to Félix. Just under them, Flairmidable demands the real Peacock Miraculous, threatening to otherwise reveal the painting's secret code to Adrien and promising to hand over the stolen ring and Ladybug's yo-yo, containing almost every Miraculous. Gabriel hesitates and agrees, renouncing Duusu.

Flairmidable uses his power, and Ladybug's yo-yo disappears when touched by the ball and appears in Flairmidable's hand. Gabriel maniacally reaches out all the Miraculouses. Ladybug has a panic attack, realizing that she lost all the Miraculous. Adrien advises her to focus and allows her to de-transform in the bathroom to recover the yo-yo. Freaked out and doubting herself she ultimately agrees and cries in the bathroom as Tikki eats, pleading for there to be at least some Miraculouses left. A floor below, Flairmidable de-transforms and renounces Barkk, leaving his uncle with the magical jewels. Marinette transforms into Ladybug but, much to her despair, finds the yo-yo to be empty. Adrien, overhearing this, opens the door, but Ladybug is already gone.

At sunset, on the rooftops of the Jardins du Trocadéro, Ladybug cries over the loss of the Miraculouses. Suddenly, an illusion of the message retriever appears inside with Shell-ter to protect his akumas in case Ladybug purifies them again. Hawk Moth with all the Miraculouses, now known as Monarch, threatens all the Parisians; including Chloé Bourgeois, promising to attack them more than ever, and that he will not stop until he gets Ladybug and Cat Noir's Miraculouses. Ladybug believes that all is lost, but Cat Noir comes, letting her know she still has him. Guilt-ridden, she apologizes to him for all the times she neglected him. He reaches a helping hand and promises that they will retrieve the Miraculouses, one by one, until the very last and promise that this will never happen again. The people of Paris cheer for the heroes, who prepare to face the villain.