The Spinning Top is the tool of the Bee Miraculous.[1]

The top is shaped like a teardrop with the point aimed down, resembling a bee's stinger. It is primarily yellow, but has a black dot on the round end, and is wrapped in several diagonally slanted black stripes. It has a white pull string that wraps around the wielder's finger. When Queen Bee gets akumatized into Queen Wasp, then Miracle Queen, the colors of the top are inverted.

As an akumatized object, the colors are reversed.

The wielder can use the top to attack or protect; when thrown, it can be used as a projectile and when spun, it functions as a shield. The spinning top is also used for travel, where the wielder is pulled by it considerably faster than Ladybug's yo-yo, making the wielder look as if they were gliding.[2]

When the wielder throws it, it creates a streak of glowing energy behind it where it lands and spins. The Bee Miraculous' superpower, Venom, involves the top by holding it, with the user hitting the target with the point of the top, immobilizing them.[2] The spinning top can also be used as a communicator, splitting into two pieces in a manner similar to a candlestick phone. When not in use, like Ladybug's yo-yo, Queen Bee wears it around her hips. 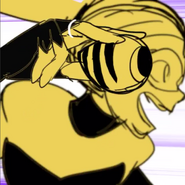 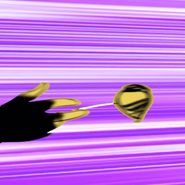 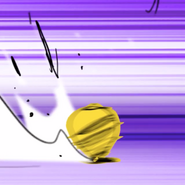 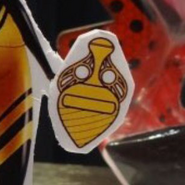 The top is in Queen Bee's left hand. 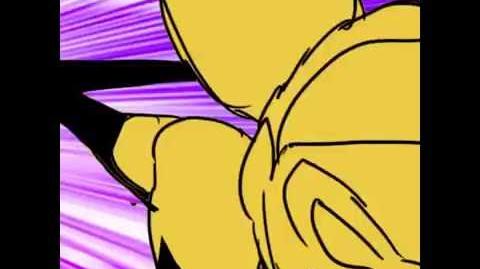 Retrieved from "https://miraculousladybug.fandom.com/wiki/Spinning_Top?oldid=558911"
Community content is available under CC-BY-SA unless otherwise noted.