Levitation
Immortality
Animal transformation
Renlings are divine, sprite-like beings who embody human values. They can transform their user into a wild animal they must control.[1]

They are cousins of Kwamis, other spirit-like beings who embody abstract concepts.

Generally, Renlings are the same size as the kwamis. They have large heads, big eyes, and animalistic bodies, as opposed to kwamis. They are all bright red, with black swirl patterns, and on some, orange undersides. They all have lime green hair as of the concept art, when really they have sunshine yellow hair. They also seem to have purple mouths.

Renlings are divine beings that can levitate and are immortal. They can only be seen by the holder of the Prodigious, remaining invisible to everyone else. Unlike their cousins, the kwamis who can give different powers to their owners, the renlings can turn their owner into the animal they represent, as long the holder of the Prodigious possesses the value they embody. 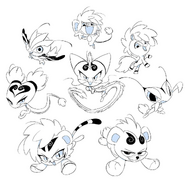 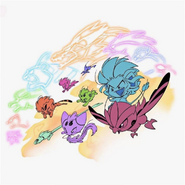 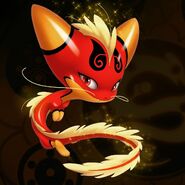 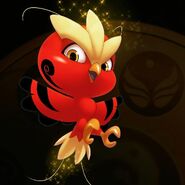 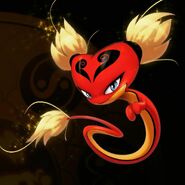 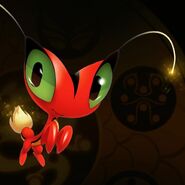 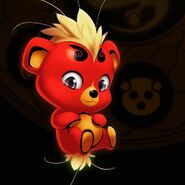 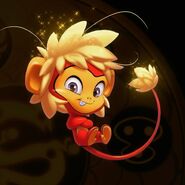 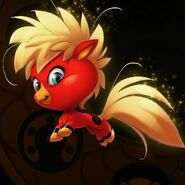 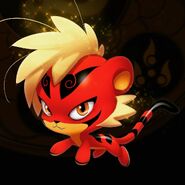 Retrieved from "https://miraculousladybug.fandom.com/wiki/Renlings?oldid=747068"
Community content is available under CC-BY-SA unless otherwise noted.