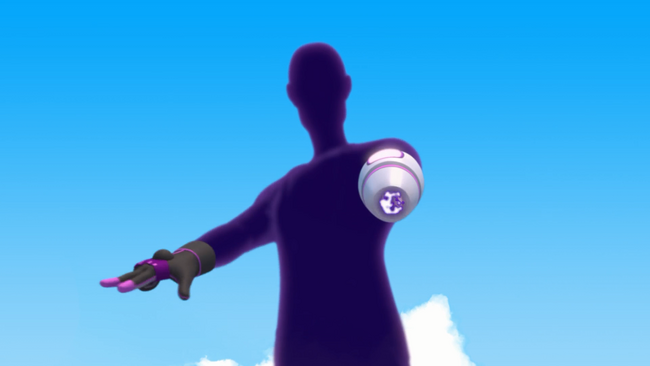 Ladybug and Cat Noir lose their memories, will they be able to defeat Oblivio so that the villain becomes just a bad memory?

Ladybug and Cat Noir have lost their memory... and a mysterious villain is prowling around Paris. Will our amnesiac heroes manage to defeat Oblivio and turn him into just a bad memory?

Ladybug and Cat Noir awaken in an elevator without memories of either their civilian or superhero lives. All they know is they're stuck in an elevator, where one wall has a drawing of a phone and a turtle apparently made with a tube of red lipstick that Ladybug is holding, itself apparently the result of the Lucky Charm, although they are unaware of these details. Their Miraculouses begin to beep, and they soon detransform into Marinette and Adrien. As their kwamis come to, Marinette and Adrien question what the creatures are. Tikki and Plagg try to present themselves, but they can't remember who they are either, or even what they are, knowing only that they're hungry. The elevator begins to shift when something starts trying to pound through the ceiling, and with Tikki's help, Marinette and Adrien manage to escape before the elevator crumbles completely.

The group soon discovers that they are in a building with the exits blocked and the place in chaos. They realize they're being pursued by something, and they hide in a bathroom. Plagg says he smells something in Adrien's shirt, which turns out to be Camembert, which he then eats. Marinette gives Tikki a macaron she finds in her purse. Marinette and Adrien learn their names from the ID cards they're carrying. They try to use their phones to call for help, but they can't remember their phones' passwords. Still being pursued, the two, along with their kwamis, hide in a stall and try to find a way out. They finally escape through an air vent and find themselves in a stairwell, which they quickly ascend to reach an office floor where they can hide.

Marinette and Adrien return to their phone problem, Marinette finally using her breath to reveal their passcodes, which leads to Adrien divulging that he, though oblivious to it, is enamored by her. They both soon realize that their phones have low battery. Adrien tries to call his father, but it goes to voicemail. Marinette reaches her mom, who though worried, tells her to stay put wherever she is, safe, until Ladybug and Cat Noir have defeated the villain. Just as she hears all of this, Marinette sees a poster of the Ladybug and Cat Noir animated film on the wall of the office. After hanging up with her mom, Marinette reveals her understanding to Adrien: they're being pursued by a supervillain who is being fought by Ladybug and Cat Noir, but they themselves are the said superheroes, now powerless.

With the two assuming that no one knows their identities except for themselves and with both of them having pictures of each other in their phones, they conclude that they're a couple. They're stymied, however, because they don't know how to obtain their powers again and how the two tiny creatures relate to them. Plagg grows bored from the situation and leaves, but not before Tikki calls him a selfish coward. The remaining three are soon tracked down by Oblivio. Marinette manages to come up with a plan to elude Oblivio without revealing their identities involving the use of Adrien's phone to trick Oblivio into thinking that they were hiding somewhere they weren't before running to the stairs. After misleading Oblivio back in the stairwell with Tikki's help, they return to the office, figuring he won't search for them there again. The use of Adrien's phone in their escape made its battery dead. Plagg, meanwhile, flying across Paris, starts to feel pangs of guilt from seeing advertising posters of Adrien everywhere.

Determining that she and Adrien must discover how to become superheroes again in order to defeat Oblivio, Marinette decides to look for hints in news coverage of what happened before they lost their memories. Seeing herself drawing in the elevator, Marinette remembers what she saw there after waking up and discovers Master Fu's contact in her phone, which earns her romantic appraisal from Adrien. After Fu's brief shock that Marinette and Adrien know each other's identities, he assures them everything will be fine once they've defeated Oblivio. Marinette's phone is about to run out of battery so she asks Fu to hurry. This leads to him explaining to Marinette and Adrien what kwamis are, their names, and how to call upon their powers. Adrien mentions that Plagg has left them, with Fu warning he won't be able to transform without him, just before the battery on Marinette's phone dies, ending the call.

Up on the rooftop of the building, Oblivio schemes to draw out the heroes by forming a giant rumbling bubble in the sky above, with which he will wipe out the memories of everyone in Paris. Plagg hears the noise in the sky, and upon seeing the looming threat, recalls Tikki's chiding words calling him selfish and a coward. Covering his feelings of guilt, Plagg declares to himself his desire to return to Adrien in the hope that the boy will have more Camembert and starts back toward the building.

Back in the building, Marinette transforms into Ladybug and uses her yo-yo to learn about her powers from the built-in emergency user's guide. This leads to her accidentally call upon her Lucky Charm, resulting in a teapot, much to her confusion. With Adrien's help, she concludes that it must be a piece of a puzzle. As Ladybug leaves to fight Oblivio, Adrien pleads to accompany her, since they're a team. Ladybug reminds him that without his powers, there would be little he could do, and his identity would be exposed. This saddens him, but she tells him that most of all, she cares for him deeply and doesn't want him to get hurt, and she'll protect him. She kisses him on the cheek and leaves to face Oblivio.

Ladybug finds the villain on the roof and defends herself. She finds out how the Miraculous enhances physical abilities and is soon being hunted down by Oblivio before falling off the building, saving herself by using her yo-yo. Adrien sees Ladybug's distress from the window of the office. He uses his own vision (representing his thought process) to see some cardboard boxes, scissors, and tape lying around the office and gets to work cutting and taping the boxes together. Meanwhile, Ladybug is fighting Oblivio but soon trips over her yo-yo string and is cornered, until Adrien, dressed as Cat Noir with cardboard boxes, arrives to help her. Without his powers, Adrien is unable to do much before he is forced to retreat. Ladybug rescues him, and the two hide. Plagg finally reappears, and Adrien, wasting no time, transforms into Cat Noir.

The duo confronts Oblivio, Ladybug deflecting shots as Cat Noir tries to understand his own abilities and powers with his staff. Ladybug saves him from wasting his Cataclysm as she keeps protecting them from Oblivio's blasts. When Ladybug finally comes up with a plan, including how to use the teapot, she orders Cat Noir to distract Oblivio. While he does so, Ladybug slides towards the villain and with her yo-yo, manages to trap his hand with the teapot, preventing him from using his powers any longer. Cat Noir now calls upon his Cataclysm and destroys the object in which the akuma resides. Ladybug purifies the akuma, revealing that Oblivio was Nino and Alya, who are now rather dazed.

Cat Noir questions what to do about the giant bubble in the sky. Ladybug explains that her second power is to cleanse the city with her Miraculous Ladybug, which in the process will wipe their memories of each others' true identities. Saddened by this, Cat Noir asks Ladybug's permission, and the two share an intimate, heartfelt kiss. At this point, Alya and Nino are aware again and are astonished to see their heroes kissing, with Alya taking a picture of the two in the moment. Ladybug finally uses Miraculous Ladybug, and before it cleanses everything, she and Cat Noir share a romantic hug. Once the spell is over, the two, surprised, separate somewhat awkwardly. When they see Alya and Nino, the heroes admit they can't remember what happened and ask where Oblivio is. The couple reveals that the villain is already defeated and that they themselves were the ones akumatized. Though they can't remember the events, the superheroes fist bump. Cat Noir asserts that they make a good couple, which is what enables them to always win. Ladybug quickly argues that they are merely a team, not a couple, as she is in love with someone else, and Cat Noir's flirtatiousness was to blame for the dire predicament they'd been in. Cat Noir just keeps smiling and shows her Alya's picture of their kiss. Ladybug freaks out, but her and Cat Noir's Miraculouses begin to beep. Still angered, Ladybug assures him the conversation isn't over and leaves.

Later on, Alya and Nino reveal to their classmates why they'd been akumatized and apologize, with a kind reminder from Miss Bustier that while forgiven, they must behave themselves. The class accepts their apologies, with Adrien, as usual, being kind to Nino. While Marinette does the same for Alya, she's still wrecked from the earlier events.

At home, Marinette is distraught with the Ladybug and Cat Noir kiss posted on the Ladyblog. She can't fathom why she would kiss him, with Tikki suggesting that maybe she has more to learn about Cat Noir. From Adrien's end, though he's glad for the kiss, he anguishes at not remembering it. Plagg teases him, but Adrien muses optimistically that if she had fallen for him, even if he can't remember, there is still hope for him and Ladybug to end up with each other.