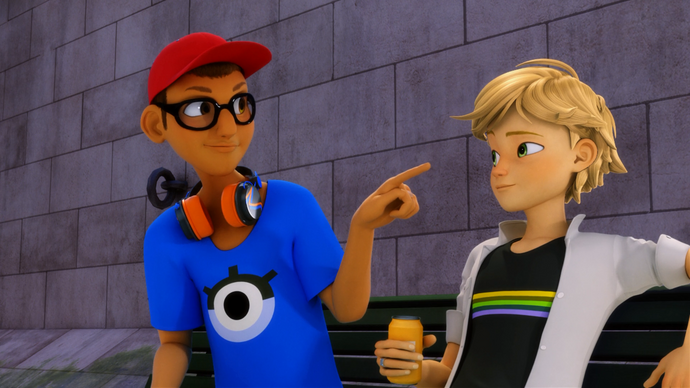 "Nino" is the fifteenth webisode of Miraculous Secrets. The English version was released worldwide on October 9, 2018, on the official Miraculous YouTube Channel.[1]

DJ for life, Nino is the head of college radio. Cool and positive, he's Adrien's best friend and Alya's boyfriend. He does not like improvising or hustling. Often undecided, he is the joker of the class.