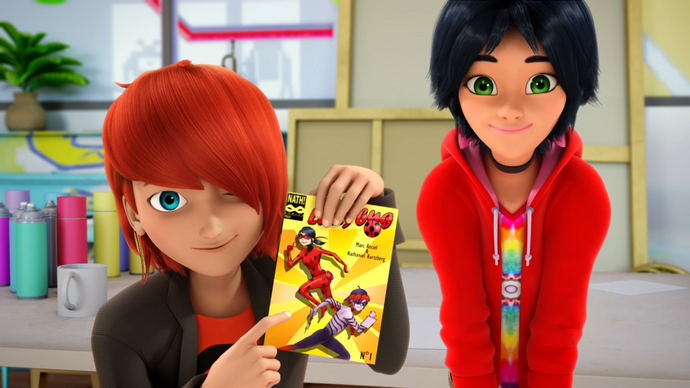 "Nathaniel & Marc" is the twenty-third webisode of Miraculous Secrets. The English version was released worldwide on January 19, 2021 on the official Miraculous YouTube Channel.[2]

Sweet, dreamy and discreet, Nathaniel spends his time drawing Ladybug, which he is in love with. He pretends to have nothing to do with everything that happens (when in reality not), but it is his way of being. He had the privilege of being akumatized several times... His meeting with Marc was going to be a real turning point in his life, allowing him to better exploit his drawing skills.