Hawk Moth uses dark magic to attack Ladybug's friends and family, creating a powerful evil never before seen. Ladybug faces the dilemma of having to fight her beloved friends and parents! Struggling to be a hero, Ladybug takes off her mask and returns to her normal life. Meanwhile, Cat Noir struggles alone to protect Paris from Hawk Moth. Hawk Moth then casts dark magic on Cat Noir. Ladybug, a friend of Cat Noir in the past, heads to the Eiffel Tower for a duel with Cat Noir, putting Paris at risk. Can Ladybug keep Paris safe and avoid losing her friend in the final battle with Cat Noir?[2]

A poster advertising the performance.

The robot TAEHU-01, which played the role of Hawk Moth. 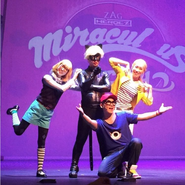 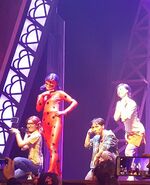 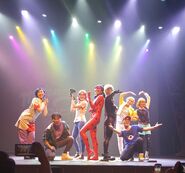 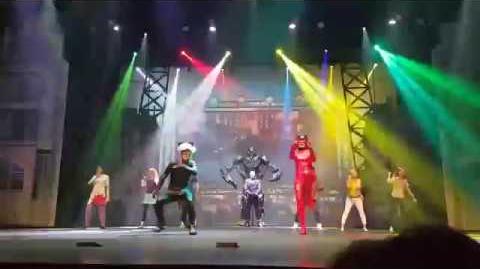