LadyBlue is an upcoming character of Miraculous: Tales of Ladybug & Cat Noir. She will appear in the Miraculous Rio special.[1]

LadyBlue is a human girl with dark skin, long brown hair that's styled into box braids, and light-brown eyes. Her hair is tied up in pigtails.

As seen in a recent artwork of her as a civilian, LadyBlue wears a white shirt and a dark-green beanie.

As seen in a recent concept art design of her as a superhero, LadyBlue wears a white and black domino mask. Her hair is in a rainbow gradient that is pulled back into two high pigtails and the bands holding her hair back are black with two butterfly-shaped wings. LadyBlue wears a white costume made up of many tiny hexagonal patterns with a black collar, black gloves up to the middle of her upper arms, a black belt with a butterfly logo, and black boots that go down the length of her lower legs. 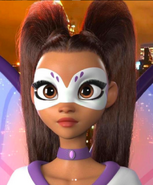 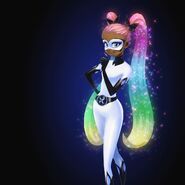 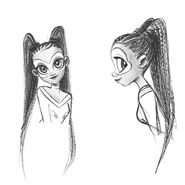 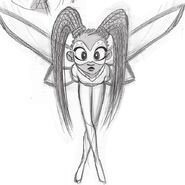 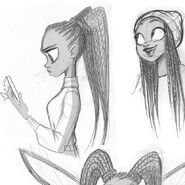 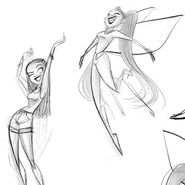 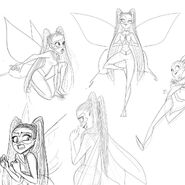 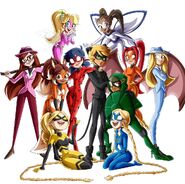