Each page details information regarding the kwamis. This includes; their name, their powers, their "gender", their personality, their miraculous, and the abstract concept they embody. It also includes a description of their power, and the weapon their miraculous provides. 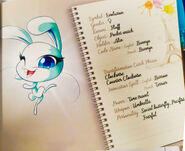 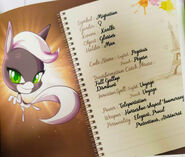 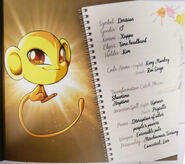 Retrieved from "https://miraculousladybug.fandom.com/wiki/Kwamis_(book)?oldid=576323"
Community content is available under CC-BY-SA unless otherwise noted.