Keith Silverstein is an American voice actor who works for anime series and video games. He voices Gabriel Agreste/Hawk Moth/The Collector, and Prince Ali in the English dubbed version of Miraculous: Tales of Ladybug & Cat Noir.[1][2]

Most of his voice over career has been for anime/non-union projects, such as voicing Gantetsu and Kimimaro Kaguya in the Naruto series, dubbing Detective Kun-Kun in Rozen Maiden and Captain Gantu in Stitch! and providing the voices of Kazuo Aida in Honey and Clover, Vector the Crocodile in the Sonic the Hedgehog video game series and Johan Liebert in Monster. Keith Silverstein has also ventured into radio work, which includes doing the voices of FBI agent Peter Bourland and Santo in Focus on the Family's long-running Christian radio drama Adventures in Odyssey, George in I'll Be Home For Christmas, Carl in Sunday Chronicles, as well as multiple radio spots. He also voiced Hisoka in Hunter X Hunter

As of 2012, he is dubbing Cain Morris in Tiger and Bunny, and also voices Commander Trey and Dax in Monsuno and Doctor Kirby O'Neil, April O'Neil's father, in Nickelodeon's Teenage Mutant Ninja Turtles.

One of his most recent roles is that of Masayoshi Shido in Persona 5.

Silverstein's name on the English credits. 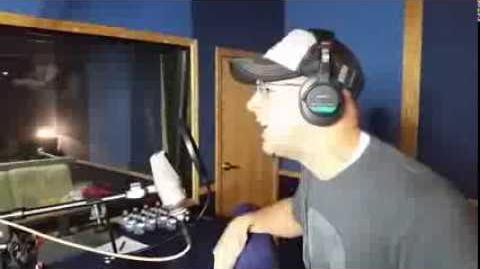