"Heroes' Day"[2] is a two-part episode special in Season 2 of Miraculous: Tales of Ladybug & Cat Noir. It premiered on December 14, 2018, on Netflix. The special involves a never-before-seen kind of fight between the heroes and the "best of the worst akumatized villains."[3][4]

It's Heroes' Day in Paris and everyone must prepare a good action for others. Bogged by her activities as Ladybug, Marinette did not have time to prepare hers. For fear of disappointing her friends by announcing that she has not prepared anything, Marinette lies to them and finds herself quickly overcome by her own lie. Her nightmare is just beginning...

Hawk Moth has akumatised his assistant Nathalie into Catalyst, a supervillain that will allow him to put into action the plan he's been concocting for a long time, that will finally make it possible to defeat Ladybug and Cat Noir.[5] 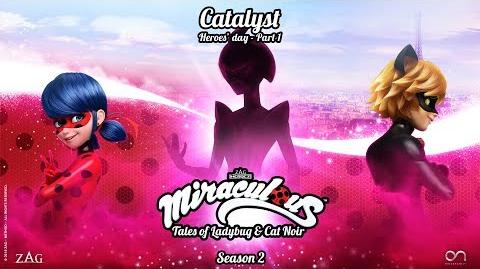 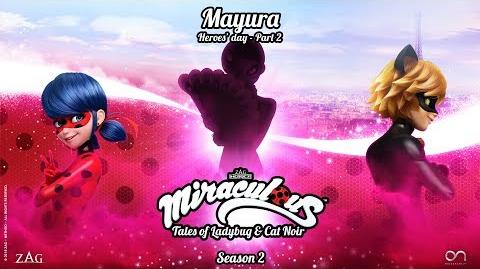 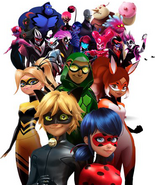 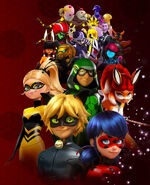