Erika Harlacher is an American voice actress based in the Los Angeles area who has provided voices for English dubbed Japanese anime shows and video games. She voices Ondine/Syren in the English dubbed version of Miraculous: Tales of Ladybug & Cat Noir.[1][2]

Harlacher grew up in Camarillo, California, and started acting in school plays. When she was around 9–10 years old, she was inspired by an interview by Christy Carlson Romano who voiced Kim Possible, in which Romano said that with voice acting, you could go to work in your pajamas. Harlacher's mother responded that it was not a real job, and suggested she pursue acting only as a hobby. Her first exposure to anime was through Dragon Ball Z and Pokémon shows, which she considered more like cartoons, and that she really got into manga and anime in school when Fruits Basket was being published in English.[3]

Some of her major roles in anime include: Ami Kawashima in Toradora!, Mimori Togo in Yuki Yuna is a Hero, Asseylum Vers Allusia in Aldnoah.Zero, Elizabeth Liones in The Seven Deadly Sins, Claudia Enfield in The Asterisk War, and Kurapika in Hunter x Hunter. In video games, she provides the voices of Kyoko Kirigiri and Kaede Akamatsu in the Danganronpa video game series, Sadira in Killer Instinct, Ayesha in Atelier Ayesha, and Ann Takamaki in Persona 5. 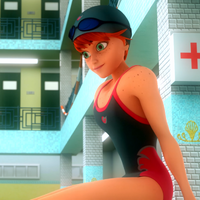 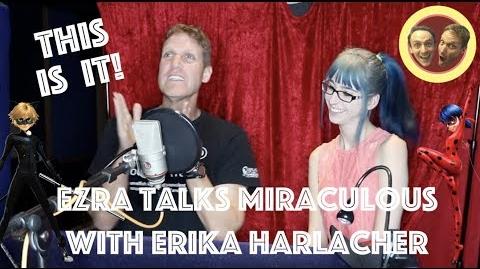 This Is it! - Let's Talk Miraculous with Erika Harlacher

Retrieved from "https://miraculousladybug.fandom.com/wiki/Erika_Harlacher?oldid=424943"
Community content is available under CC-BY-SA unless otherwise noted.