Region 1 (US and Canada)

Miraculous: Tales Of Ladybug & Cat Noir: Spots On! (DVD vol. 2) is the second North American DVD release for Miraculous: Tales of Ladybug & Cat Noir (available in the United States and Canada only). The disc was released on August 30, 2016, and features an additional six episodes from Season 1, picking up where its predecessor left off. Like the first volume, the DVD has both the French and English dubs of the series, along with English subtitles.[1] It also features bonus content, like animatics.[2] The DVD was released early at San Diego Comic Con as part of a promotion for Shout! Factory, and buyers were also given a prize for their purchase.[3]

A second volume of Spots-On superheroics that are nothing short of Miraculous!

When the treacherous Hawk Moth uses his evil energy to transform the citizens of Paris into super villains, only two amazing heroes stand in his way: Ladybug and Cat Noir! With the help of their magical pets, this incredible duo team up to outwit Hawk Moth and keep their city safe… but their biggest challenge might be getting through junior high school. You see, Ladybug and Cat Noir are actually Marinette and Adrien, a pair of young students who live what seems to be a normal life. But even for these two, it's hard to juggle schoolwork, friends, family and growing up when every day is a super-powered adventure!

Featuring six more incredible episodes from the action-packed animated series, Miraculous: Tales of Ladybug and Cat Noir: Spots On is a high-flying collection of heroic adventure that'll have you bugging out![4] 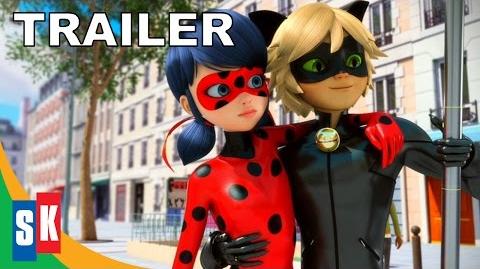 Retrieved from "https://miraculousladybug.fandom.com/wiki/DVD_vol._2?oldid=166589"
Community content is available under CC-BY-SA unless otherwise noted.