Welcome CatNoir&Ladybug to this wiki!

Now we know who Hawkmoth is (if you've watched the episode) and I'm not spoiling it for those that have no clue, but here's how it should've gone.

Intense spy music is playing in the background. 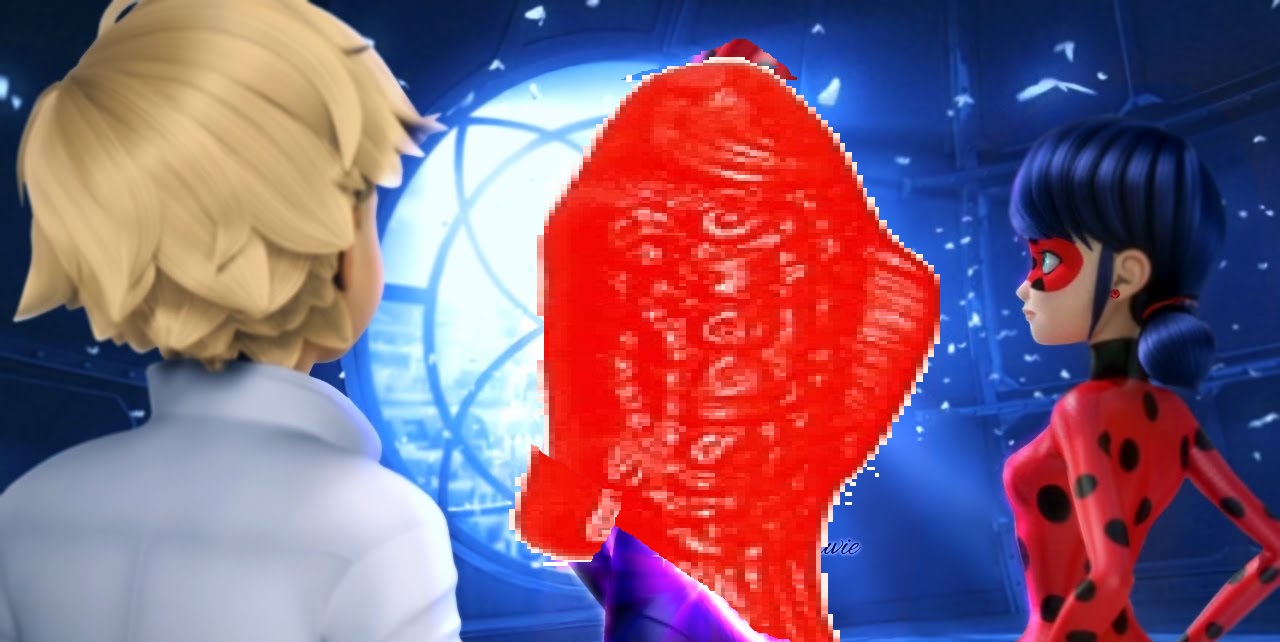 (edited by administrators)
A reply to Ladybug345
0

Hold up, didn't you say this was the last part?

Also, where does La/Le Paon fit in?

Hold on, I'm confused. Sorry if I'm being rude, but Hawkmoth just gives his miraculous like that?

Some villain development would be nice though, otherwise its a nice story

Wow, who knew that Eagle/Hawk/WHATEVER HE IS has anger issues.

The Destroyer's dialogue sounds just like something you'd hear in a show.

Cold, freezing cold. That's how you'd describe the Himalayas. Barely anything would live there, and those that did were farther down the mountains.

However, that doesn't say that nothing lived there. In fact, a hundred or so years ago, there was a monastery of sorts somewhere in these mountains. It seemed to have thrived rather well until a hundred years or so ago. Then something happened to it, and i was never heard from again.

Of the two people, one is a male, the other is a female. The female is thin and angular, with a sharply pointed jaw and blond hair. The male is more muscular with a flatter jaw. The male we may as well call "Gabe" and the female "May". Like you would expect, this is a husband and wife team. Yes, they did just recently have a child, however, the child, being too young, is at home being watched by some guy who looks like a gorilla and a woman who longs for leadership. That's not important right now though.

Now as previously mentioned, the husband and wife are heading towards the monastery, looking for the secrets it may behold to them. A while ago, back when they were in the city of Paris, they heard of little trinkets that would give people great powers. Now as you'd think, May jumped at the opportunity of great power, while Gabe was unsure of it. However, Gabe was curious over the idea of seeing the fashion trends in that area, so he reluctantly agreed. Thus, they started on their journey.

Now back to the story. In the time it took for you to read that, Gabe and May reached their destination. Upon reaching it, they became shocked beyond belief. They were expecting a vibrant stereotypical Buddhist-style monastery full of identical looking boys completing various tasks that seemed pointless, however, all they found was a bunch of burnt looking half buildings covered in a hundred years worth of frost. Oh yes, and some weird Yeti prints, but we don't worry about those do we?

Upon realizing what had become of this place, May immediately ran into the nearest half building and started to look frantically for one of the trinkets mentioned by the guy they had met in Paris. Gabe, meanwhile, decided to stroll around the burnt area, not worrying about his wife because he knew she could take care of herself (she knew Jujitsu, was a marksman with a gun, and was carrying a gun). As he was walking, he noticed the splendor this place must've once held. Looking some more, he saw a part of the monastery that wasn't so burnt. He decided to investigate.

Meanwhile, May was still searching frantically for the little trinkets that were said to hold strange powers. As she was looking, she noticed a weird book full of symbols. Now being a bookworm, she took the book and shoved it in her bag. Conveniently under the book was a brooch and a pendant. Remembering what they guy said about to look out for something like that, May took them from under the book.

Suddenly, and with an awesome soundtrack and dramatic screen footage, a large menacing figure emerged from a coffin decorated with ancient Chinese script.

Gabe, hearing the music soundtrack, knew that something menacing had emerged from some ancient something. He quickly grabs for his gun and runs in the direction of the soundtrack.

Meanwhile, May is shooting as much as she can at the thing that emerged from the coffin. The bullets sink in, and do nothing to stop the figure. May starts to scream. Suddenly, she realizes she's out of bullets.

Gabe, meanwhile, is running, trying to find just where the soundtrack is coming from. As he's running through the inexplicable corridors of the seemingly destroyed building, he realizes one very important thing.

Meanwhile, after some time full of unmentionable violence, the hulking figure leaves. In his wake is a young woman known as May, strewn on the ground.

Suddenly, Gabe is able to find out where the soundtrack came from. Suddenly, he finds his now deceased wife. It takes him about 0.2 seconds to realize what happened.

Gabe suddenly lets out a cry of anguish so sad that if you were able to hear it you'd feel as if your heart was breaking into a million little pieces. That's exactly what was happening to Gabe's heart at that very moment. His wife, his beloved wife was gone. FOREVER. All over some stupid little trinkets that he didn't even care about. He started to pound the ground hard with his gloved hands, not caring if his hand broke off. His tears poured down his face, some freezing to his face.

After about two hours of that, he calmed down. Finally coming to his senses, he picked up the trinkets and the book. After all, if he was going to lose something so great to him, why have it lost for free?

No large hulking things came bearing down on Gabe. Gabe, knowing it would be suspicious, decided to leave his wife's body up on this mountain (not without a proper burial though).

Gabe had come all this way for something he didn't want. He came and lost his wife. Yes, Gabe was already feeling resentment towards the trinkets he was holding. He was.

Good [Insert time]! This is Part I in a group of stories I'm making about you guessed it, what ever happened to Mrs. Agreste. Hope you all enjoyed this. Please stay tuned for more parts in the (hopefully) near future!

Good [Insert time], I'm the guy who writes stories just for fun. Now, if you haven't, please read my story The Big Reveal (link: miraculousladybug.wikia.com/d/p/3133492267319578972) I promise that story will be most entertaining. Now anyways, this new story of mine will be a lot more somber in tone, dealing with cause and effect.

Awesome story.You are an inspiration to me

General note: Don't spoil this story for those who read comments first, thank you.

Good Morning/Evening/Afternoon people. This story is about Adrien revealing his big secret to Marinette (the title says it all). However, the story has an interesting twist that you may want to see.

Marinette is casually walking some unspecified direction in school, doing whatever she does between her few and far between classes. Suddenly, in a cloud of random smoke, Adrien is right in front of her.

"Hush Marinette, come closer to me" Says Adrien with a mischievous glint in his eyes. Marinette gets closer, blushing furiously. Adrien draws her in, "I have something that I've been meaning to tell you for the longest time, something that has been burning me up." Marinette can't blush harder than she already is. Adrien brings his mouth close to her ear.

"I'M A BRONY" Adrien pulls away from Marinette, rips off his shirt to reveal another shirt under it, one decorated with various My Little Pony characters. Marinette, meanwhile, is severely disappointed (just like many of you reading this story). Adrien is doing a jig, dancing just because.