Devil Horn was building up a lot of energy for the blast.

Red sparkles and energy shot forth from her hand and was aimed at Ladybug's head.

Ladybug ducked, and the beam bounced off a support beam of the tower and bounced around a few times. Then it finally hit Devil Horn in the back.

Ladybug quickly snaps it up and crushes the little locket gem in the very centre. The akuma flies out, and Ladybug didn't waste a moment this time. Without a word, she caught the akuma in her yoyo and purified it. The yoyo opened to reveal a white butterfly, but the upper wings had a periwinkle tint and the lowers wings had a light rosy tint. Instead of glowing completely white, there was a golden glow radiating from it.

Surprisingly, butterfly flew back to Ladybug. It landed on her cheek and seemed to slightly nuzzle her. The butterfly then flew into the broken brooch. As soon as it entered, the charm was fixed and it floated back to Devil Horn, and attached itself to her.

Then, there was brilliant white light. Devil Horn's outfit and skin color changed. She was no longer Devil Horn. She was Angel Wings. Her appearance was the opposite of Devil Horn. The suit was white with golden roses and the large, net trailings were replaced with rosy pink wings. The white suit had a periwinkle tint and her boots became rosy pink. Her completion was a fair peachy and her cheeks were as rosy ad her wings. Instead of the cruel, black rose charm brooch she had, there was then a golden rose with periwinkle tint and rosy wings on it. Overall, she was endowed with the powers of a pure butterfly.

Ladybug stood and watched in awe as the civilians who were demons all turned into angels. The complete opposite of the scary and deadly demons they were a minute ago.

here's a picture of Devil Horn.

I apawlogize if it's badly drawn and designed. I gave it my best. constructive criticism is welcome 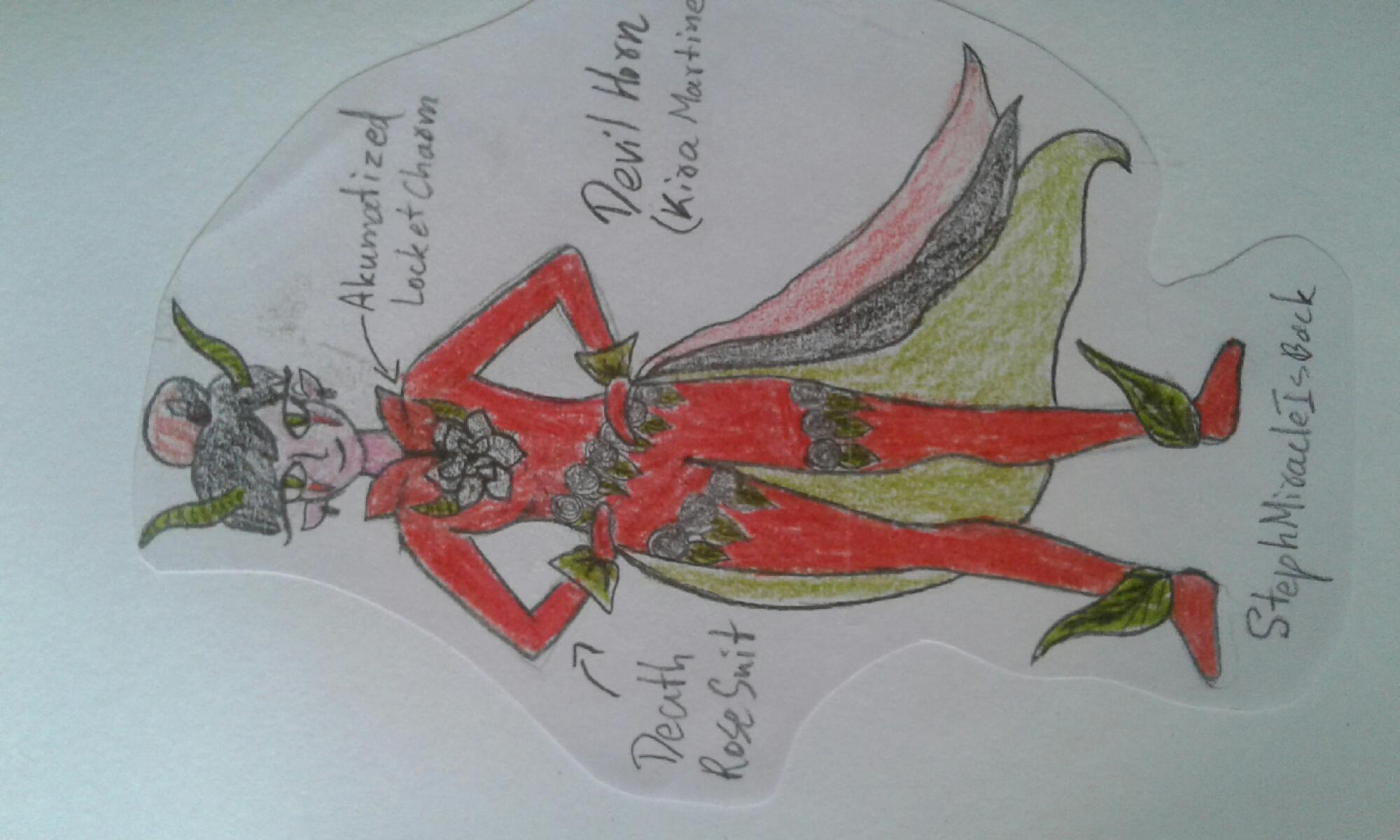 Aahhhhhh! I love the drawing.

Should I draw Angel Wing too?

Wow, you're great at drawing!

I think the drawing isn't that bad