The moon was full and high by the time Mari Noir (she called herself that because of her costume, which was a Chat Noir suit) and Elfabella (Isabella elf) arrived at the Halloween celebrations. The park was looking spooky and great! Marinette's painted banner was hanging on a fence, visible to all who were there. As Mari Noir and Elfabella made their way in, a Wicked Witch came running to meet them. It was Alya!

Alya: OH..MY...GOSH... MARINETTE!! You're Chat Noir??? You look sooooooooo cute! I need a picture of this!! *pulls out phone and takes a picture*

Alya: Thanks. And you must be Isabella. It's great to finally meet you! *shakes hands* I love your costume! Wait... you're an elf from Lord of the Rings!! I LOVE that book!!

Elfabella: I know right? It's awesome!

Alya: By the way, Mari Noir, I think I saw someone you might wanna see tonight! *points to Adrien across the park* Good luck! Isabella, wanna come with me? I can show you around! And I'll explain everything. Come on!

Elfabella: See ya later, Maricookie! (cute nickname given to Marinette in 2nd grade)

Tikki: Go talk to him! Your suit should increase your confidence. Just go say hi!

Mari Noir: *little blush* Thanks. You look pawesome too! *giggles*

Just then, Ariana comes back and almost jumps when she sees Adrien holding hands with a mysterious and beautiful female Chat Noir.

Ariana: *comes from behind Adrien* You never told me you have a girlfriend. *smile*

Adrien: Ariana, this is Marinette, my closest friend! Marinette, this is Ariana, my cousin. She's visiting for a week.

Marinette: *takes off her mask* Pleasure to meet you, Ariana. *smiles and shakes hands*

Coincidentally, Isabella and Alya find Marinette at that exact moment.

Isabella: Marinette! Where were you?

Ariana: What a coincidence! We're both visitors and cousins.

Isabella: I know right? I love your Piper costume by the way!

Ariana: Thanks. Your elf costume is amazing! Are an elf from Lord of the Rings?

Isabella: Yeah! You read that book?

Ariana: Of course!! It's awesome!!

Meanwhile, just two steps next to them....

Alya: *jokingly* Now I feel left out. I don't even have any cousins!

Adrien, Marinette and Alya all laugh over it. Isabella and Ariana wander off together, obviously great friends. Nino arrives then.

Nino: Adrien! You made it! *sees Marinette* You are rockin' the Chat Noir look, Mari!

Adrien: What are you supposed to be, Nino?

Nino: I'm the Wizard of Oz!

Nino was wearing a long dark blue robe with golden stars at the hem and he wore a matching wizard hat. He still had his glasses on and lacked his headphones.

Nino: It was Alya's idea that we go as a magic duo! *stands beside Alya*

Alya: Our characters dont exactly get along in the story, but they could have! So we decided to make it happen.

Nino: Because my dad knows a lot of famous people, guess who's the main signing entertainment tonight?

Nino: Nope. Believe it or not, my dad got the most popular singer in Australia to come and visit Paris tonight..... Sarah Zerming(StephanieMiracleIsBack)!!!!

Adrien: Howl we even process that?

Nino: Aww, you BOTH make puns!

Alya: *devilish plotting for Adrienette* Hey Nino, how about we go grab some punch?

Nino: Of course, my dear. *holds out arm*

Alya takes his arm and they both walk off, leaving Adrienette alone by the bench. The two awkwardly look at each other, completely innocent.

Adrien: So, how's the party?

Adrien: *realized what he said* Wait! nonononon I MEAN you're cute I MEAN You look great! Uh uh ummmm *blushing too hard*

Matinette: *blushing so hard she resembles a strawberry*

After more of these awkward conversations where they both say something dreamy and all lovey-dovey type and try to cover it up....

Isabella and Ariana got the news of Sarah Zerming's arrival and are both excited as they're both big fans of Sarah. 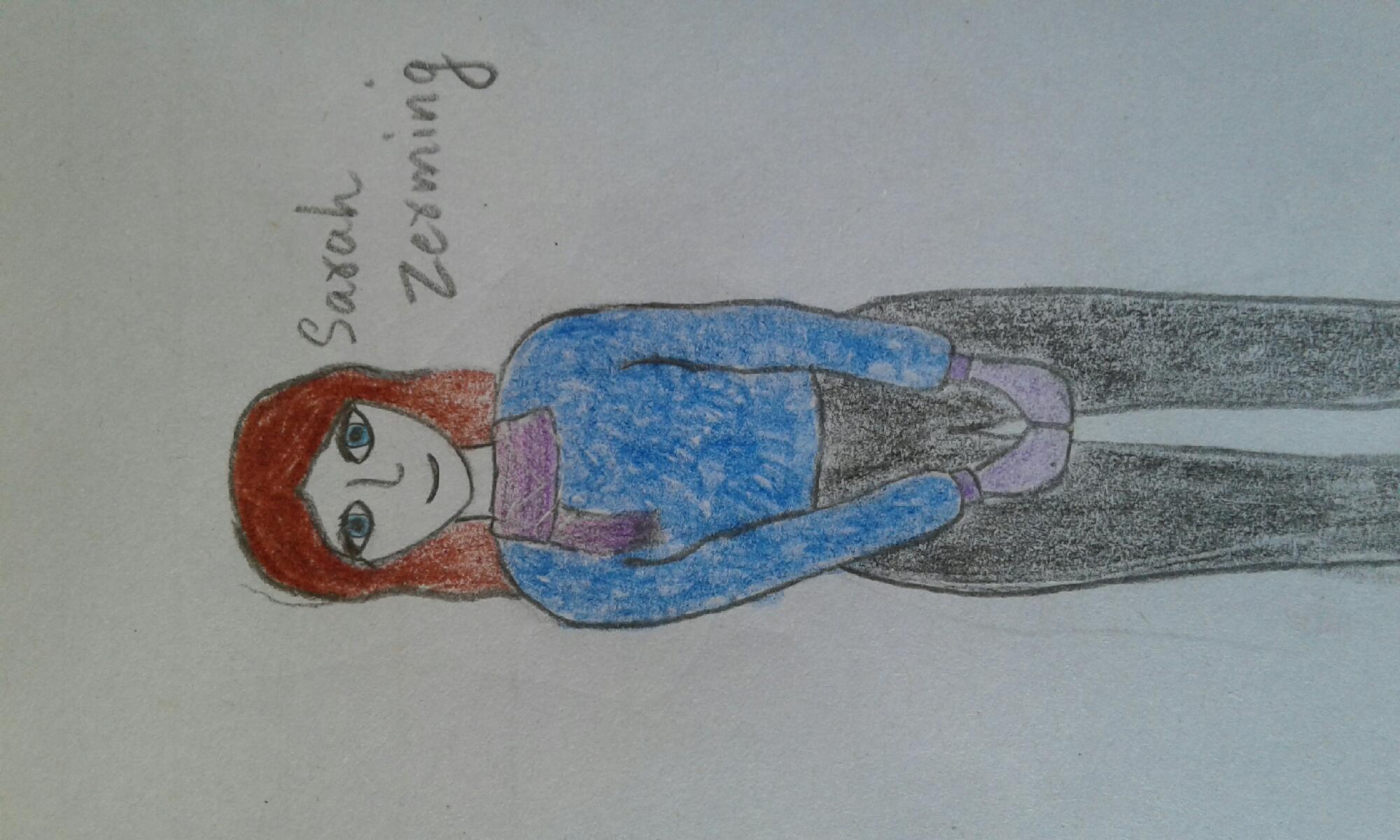 I love this story, the story is pawsome to read.

Oh ok, i forgive you, Marilyn.