She was wearing a Chat Noir female outfit. That was the idea she got from the rescue the previous day. Her hair was down, covering her real ears. She was posing in different positions to show off the suit.

Marinette: Enough about me. What about your costume? Something from Lord of the Rings, right?

Isabella: You know me too well. *pulls out an elf costume* Here it is. I'll go change. *goes behind the dressing screen*

Tikki was hiding in Marinette's hair. She poked her head out to talk to Marinette, quietly of course.

Tikki: Marinette you really do look adorable! The suit suits you!

Tikki: Isabella and you have a great past together.

Isabella: WHAT IS THAT??

Marinette: I CAN EXPLAIN!!

After a few minutes of shock and explanations....

Isabella: You're LADYBUG??? Oh My Gosh!! This is.... amazing!!! I can't believe it! My own cousin is Ladybug! Protector of Paris!

Marinette: But you have to keep this a secret. NOBODY can know this. Got it?

Isabella: I swear I won't tell a soul.

Marinette: Good. Now tell me what you're wearing. Looks cute!

Isabella: I'm an elf. Just as you predicted. But we are talking about this Ladybug thing when we get back.

Isabella: Right. Come on! *grabs Marinette by the hand and goes downstairs*

Marinette: *lifts her hair for Tikki to hide*

They both inform Marinette's parents and Isabella's mom before leaving for the park. The two walk to the park (it's just next to the bakery across the street). The moon was beginning to rise then, lighting up Paris.

Here's a drawing of Isabella (Jeanne68). Sorry if it's bad, I'm just a beginner. 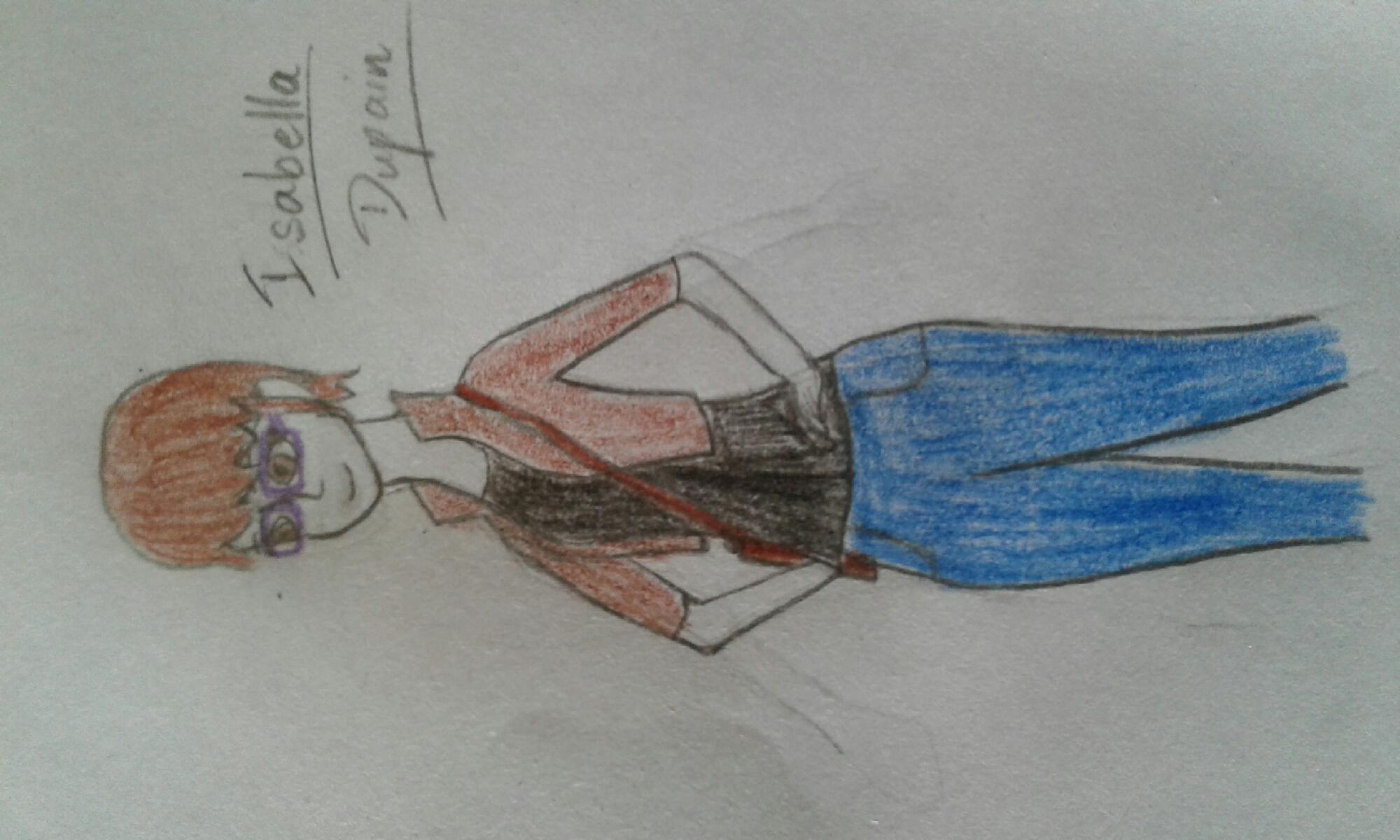 It's frikin amazing I love it

And Isabella is almost exactly how I imagined her lol