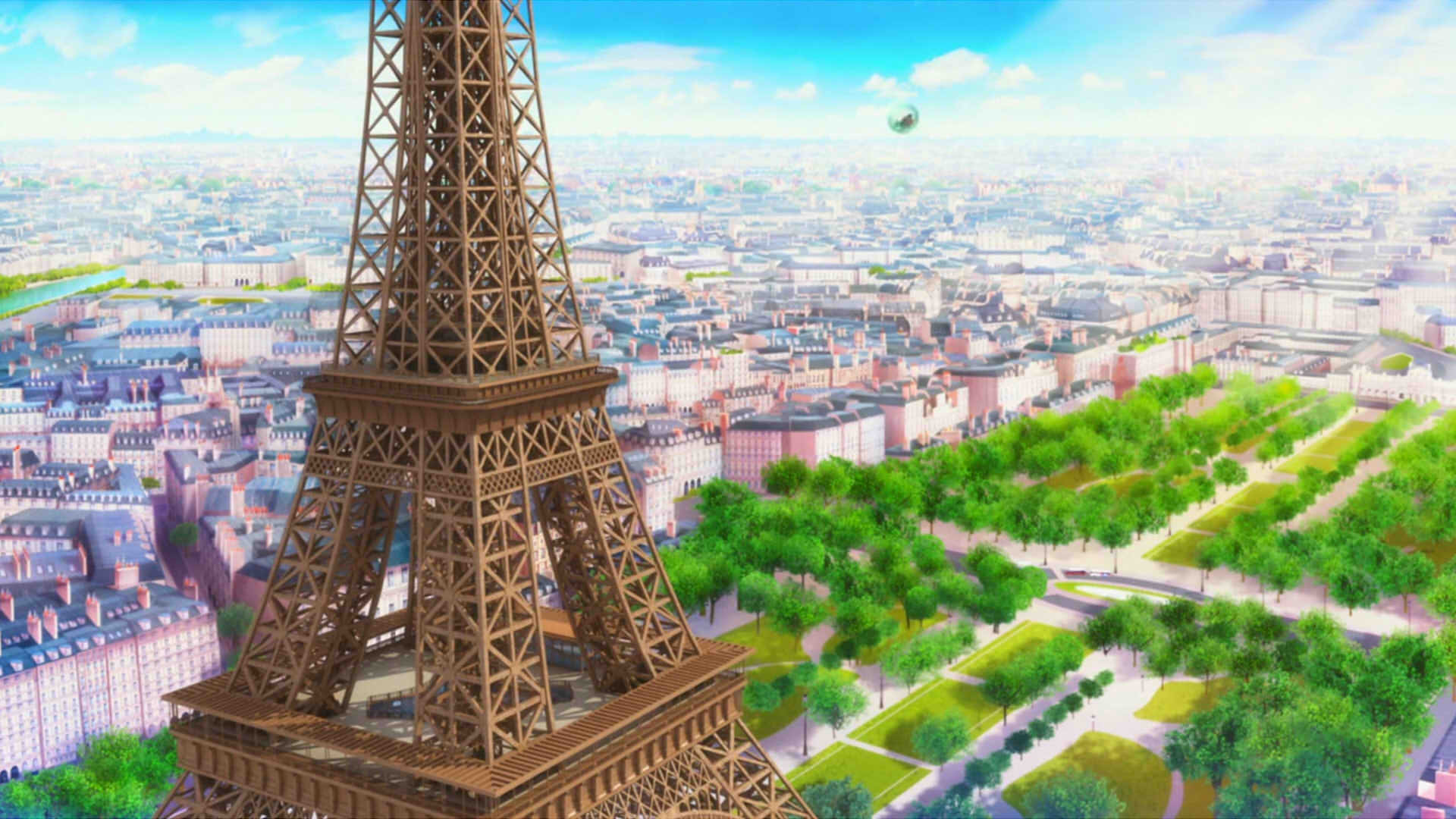 Adrien and Ariana were deciding their costumes for the evening. Ariana already had a Piper McLean outfit. Adrien was still deciding whether he should go as a prince (father's suggestion) or a Ladybug (Marinette's suggestion) or something else.

Adrien: That's the problem. I like all the options, but I can't wear all of them.

Ariana: You look a lot like Cat Noir. How about you go as Cat Noir?

Ariana: Why not? You'd look like him. And anyway you can pull off any look.

Ariana: Are you sure??

Ariana: Whatever you say. I think you should go in a werewolf costume. Like this one. *shows a picture on her phone*

Adrien: That doesn't look so bad. I think I'll wear that.

Ariana: Okay. It's pretty easy to make. We'll get it done in no time.

Adrien: Okay then. Take the lead.

They both gather things from Adrien's wardrobe and Ariana orders some stuff from a art and crafts store nearby. They both have a werewolf costume ready soon. Adrien tries it on (and he looks dashing).

Ariana: Perfect! It looks great on you!

Plagg was hiding in the wolf mane, and he could also talk to Adrien that way. However, he was taking a nap in the soft mane at that time.

Ariana: Hold on! *takes scissors and cuts the extra threads sticking out*

Adrien: Thanks. What about your costume?

Ariana: I have it. I'll go change.

She goes to her room, leaving Adrien alone for the time being. Plagg comes out.

Plagg: Can you hide any cheese in your costume by any chance?

Ariana comes out a minute later in her costume. Adrien immediately recognised her as Piper McLean from The Lost Hero. She wore an army camouflage shirt, blue jean jacket with ripped sleeves and blue jean shorts with ripped ends. Her hair was still open.

Ariana: I just need to braid my hair. But I think I need a little.. help. Hehe...

Adrien: Of course! I almost forgot that you never got the hang of braiding. Come here.

Adrien had braided her hair many times in the past. It was nice to do something that brought back memories of childhood. As always, Adrien flawlessly braided her vivid red hair into a perfect braid. He made sure that the tips were uneven, just like Piper. In the end, Ariana was like an exact copy of Piper, but with different hair and eyes.

They both go up to Natalie and tell her they're ready to go. Natalie informs Felix and Gabriel and calls the 'Gorilla' to drive them. While waiting for their ride, they have a little discussion.

Ariana: Natalie, aren't you dressing up?

Natalie: I couldn't. I have to stay professional at all times.

Ariana: Even on Halloween?

Ariana: Can you ask Uncle Gabriel if you can dress up? Please? Everyone deserves some fun.

After a little more persuasion, Natalie finally gives in and decides to put something on. Ariana goes with her to help. Adrien receives the 'Gorilla' and they wait for the ladies to come back. The 'Gorilla' was wearing a King Kong jacket over his regular suit, and Adrien couldn't hold still. He almost died laughing, but contained himself enough. When Ariana brought Natalie down the stairs, Adrien and the 'Gorilla' were awestruck at Natalie's transformation.

Natalie was wearing a long black dress with long sleeves and a turtle neck. There was a witch's buckle belt and she had a witch's hat. She had a spiderweb face art on one eye, obviously Ariana's idea and artwork. Natalie's red stripe in her hair added something to the costume. She still had her glasses on though. They both get in the car along with Adrien. And for the first time that month, Adrien saw Natalie smiling.

The car pulls out of the driveway and onto the road, headed for the park. The moon was beginning to rise then, lighting up Paris.

Here's a drawing of Ariana (Marinette25). Sorry if it's bad. I'm just a beginner. 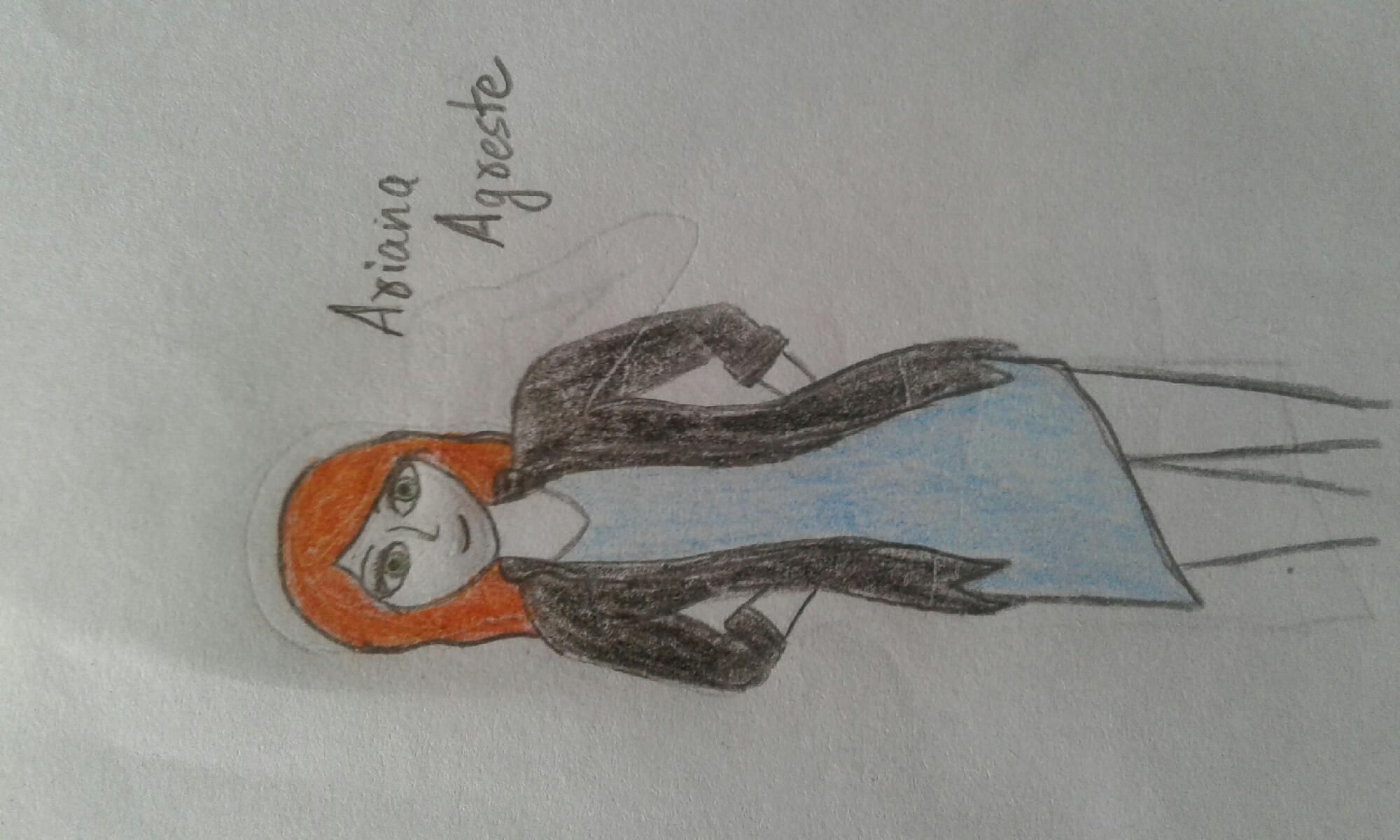