Marinette's father was down with fever. It wasn't too severe, but her mother was busy attending to him. The bakery almost didn't open that Saturday, but Marinette volunteered to run the bakery at the last second. Her parents agreed. So Marinette was in charge for the whole day. She started by cleaning the place once and restocking the display shelves with all sorts of delicious cakes, pies, quiches, cupcakes, cookies, candies, muffins and chocolates. She woke up with her parents at 4:30 am, so she had plenty of time to prepare. She finally turned the door sign from 'CLOSED' to 'OPEN' and stationed herself behind the counter, like her father usually did. The first customer was Mr. Ramier. He came in for bread (maybe for his pigeons) and some macaroons.

Mr. Ramier: Hello, Marinette! Where are your parents today?

Marinette: Oh, my dad's sick and needs rest. So I'm running the bakery until he gets better.

Mr. Ramier: Oh dear, I hope he feels better soon. He's such a good man! Thank you for the goods again! *happily leaves with his purchases*

For the rest of the day, Marinette attends to the bakery with perfect ease. Towards midday, Alya comes in.

Marinette: I am. I'm running the bakery today. My dad isn't feeling well and my mom's helping him out. So I'm in charge until he feels better.

Alya: Awesome!! Can I help?

Marinette: Actually yes! Can you help with the payment and orders for a while? I got this big order for a Vanilla Supreme cake I need to bake in a few hours.

Alya: Sure thing! *takes up the counter* Go ahead! I'll take care of things here!

Marinette nods and heads to the kitchen and begins gathering ingredients.

Tikki: Can I help?

Marinette: Can you read out the recipe?

The oven alarm goes off and the cake is done. Tikki and Marinette both work together to decorate the cake beautifully. Alya successfully sold 30 cupcakes, 7 butter croissants, 19 mini cakes and 2 big cakes. Marinette gets the Vanilla Supreme cake to the customer in perfect time. The customers were lessening and it was afternoon. The bakery was almost empty. Just as the remaining customer left, another one walked in, but he sent Marinette into stuttering shock. It was none other than Adrien Agreste!

Adrien: I just came in to place an order.

Alya: *smirking* Hey Marinette, I have to use the bathroom. Which way was it?

Marinette: *without thinking* That way. *points to the bathroom*

Marinette: {Thinking: Shoot, what did I just do????? Stupid Marinette! Now you're alone with ADRIEN!!! Stupid, stupid Marinette!} *adorably and awkwardly smiles at Adrien*

Adrien: *smiles back* So, can I place my order?

Marinette: Oh right! Sure! *takes out notepad for orders*

Alya: *literally pops out of nowhere* Did someone say Ladybug? *stars in her eyes*

Marinette is about to fall, but Adrien was quick enough to catch her, one hand on her back and the other holding her free hand. Alya was fast enough to snap a photo of the accidental 'romantic' pose without them noticing her.

Adrien: Are you okay, Marinette??

He uprights her and manages to awkwardly place his order for a dozen Ladybug designed cupcakes. Marinette notes it down and goes to the kitchen to make them.

Alya: *snickering like mad* You can just wait over there while your order's being prepared. *giggling over what happened*

In the kitchen, Marinette manages to bake a dozen Ladybug Cupcakes without shaking in embarrassment over what happened a little while ago. Even Tikki was laughing hard. She watched everything from behind the cash register. When the cupcakes were packed, Marinette came back out. Alya was missing. Marinette decided to quickly deliver the cupcakes and be done with it. She came up to the counter.

Marinette: Um.. A-adrien? Your readies and cupcakes! I MEAN your cupcakes are ready!!!! *blushes again*

After Adrien leaves, it's closing time. After shutting down the bakery, Marinette tracks down Alya. She eventually finds her hiding behind a counter, having filmed Adrien's visit to the bakery and Marinette's reaction.

Marinette: *dreaming about Adrien and fuming at Alya at the same time*

Alya soon leaves, promising to return tomorrow to visit. Tikki comes out as soon as Alya disappears from view.

Tikki: Well done, Marinette! You and Adrien had another moment today!

Marinette: By 'moment' you mean embarrassing situation. But I still can't believe he caught me! He ♡saved♡ me!! Heehee! *smiling ear to ear, literally*

There have been some spoilers about Ladybug and Chat Noir getting new forms like Ice Form and Underwater Forms. What about other Miraculouses? What if the spellbook has spells for different forms for every Miraculous? What if... HAWKMOTH has ICE FORM and UNDERWATER FORM too??

I came up with this little contest a while ago. Here it is:

What would a Big Kwami Reunion party look like?

+It must be a self made drawing

+Nooroo, Tikki, Plagg, Trixx, Pollen, Duusu and Wayzz must all be together in the drawing, interacting with each other happily.

Send the entries in the comments using this format given below:

Name of the party(make up a name)

Photo of the drawing

Once again, thanks for subscribing to Miraculous Marilyn Packages! 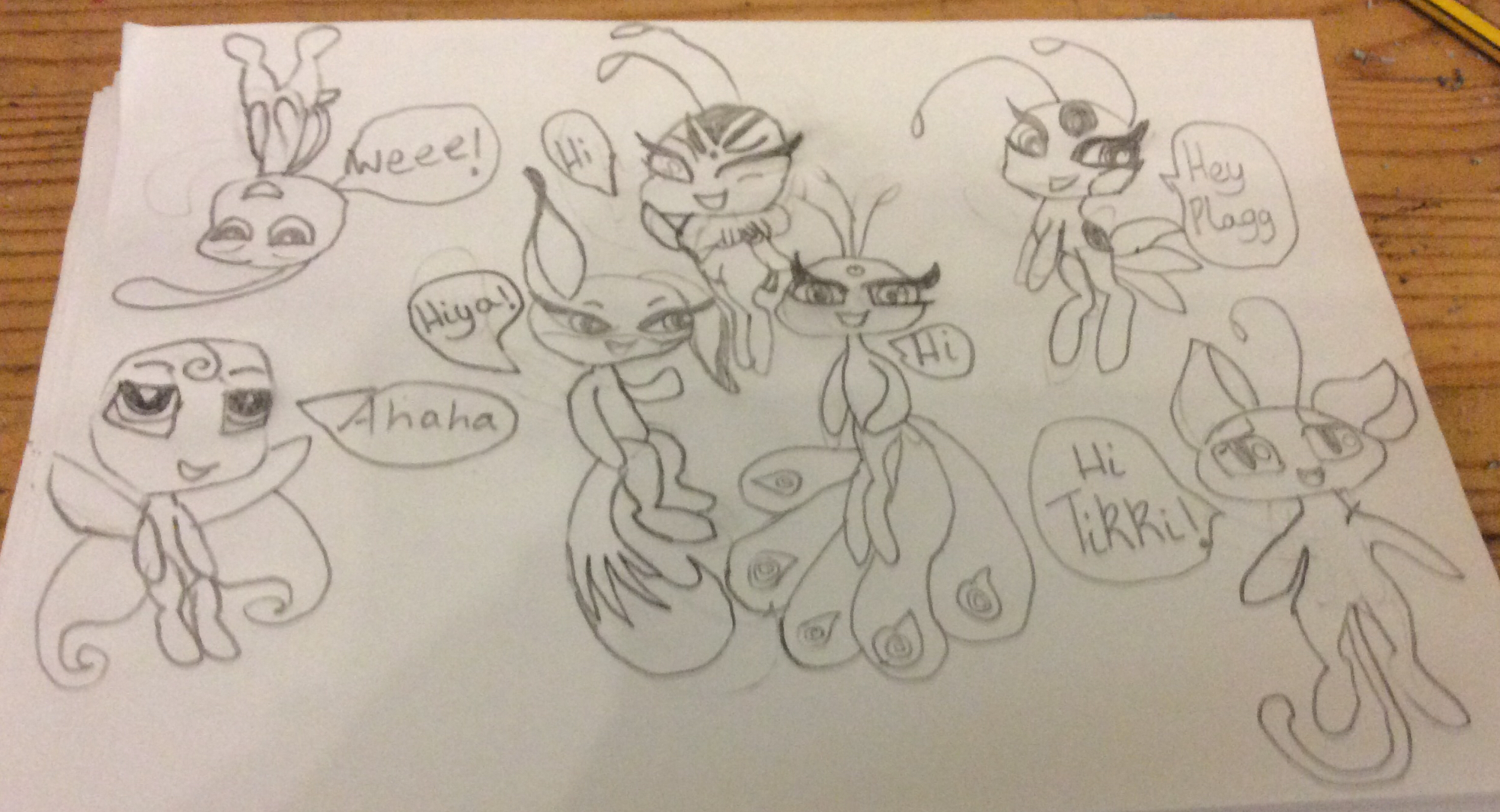 it's a really nicely done effort!

I think I did well on pollen