So this is a theory that I absolutely ADORE and I completely believe it. I only really have one proof... but it's unbelievably convincing.. so.. yeah...

Anyways, I better tell you what it is xD

So, basically, my theory is that somehow, Nathanael knows who Ladybug is. I don't know how, but he does.

Look at this picture. It's shown at the very end of Evillustrator. We see a cartoon of "Super Nathan" saving Marinette, which is CROSSED OUT (remember that), and a comic book cover, drawn by Nathanael, of Ladybug. This drawing is RIPPED on the side, indicating that he's torn it out of a different sketchbook, and if you look closely it's taped into this current sketchbook. Why would he do that? As far as we've seen, this is his sketchbook that is exclusively for drawings of Marinette. And finally, the most important part! Look underneath the taped-in sketch. It has little hearts, and a little arrow pointing to his drawing of.. Marinette! It seems that he's realized that HE doesn't have to protect Marinette, (as evidenced by the crossed-out comic,) he now knows that Marinette is 100% capable of taking care of herself, as Ladybug. Anyways, I hope you enjoyed my little theory and I'd love to hear your thoughts! Cya! 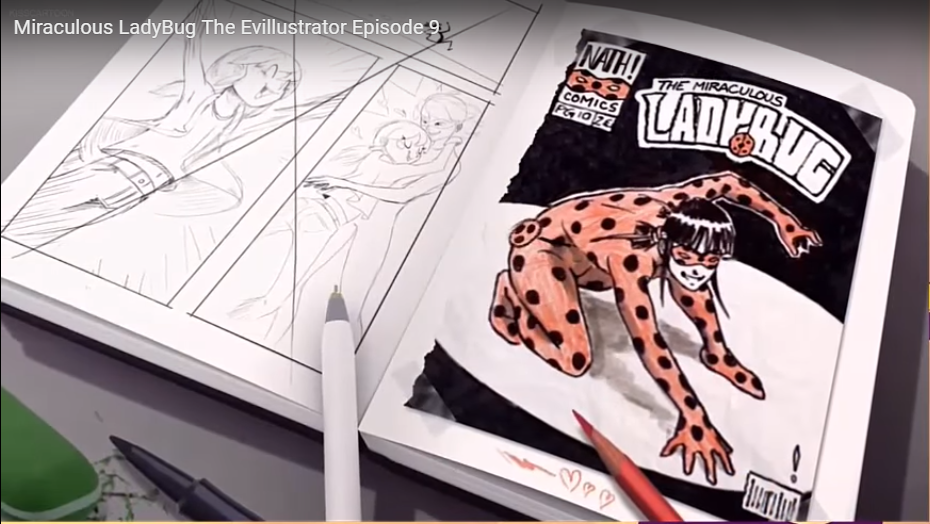 That is a really interesting theory... I LOVE IT!

Yeah, i think your right, Dhriti.