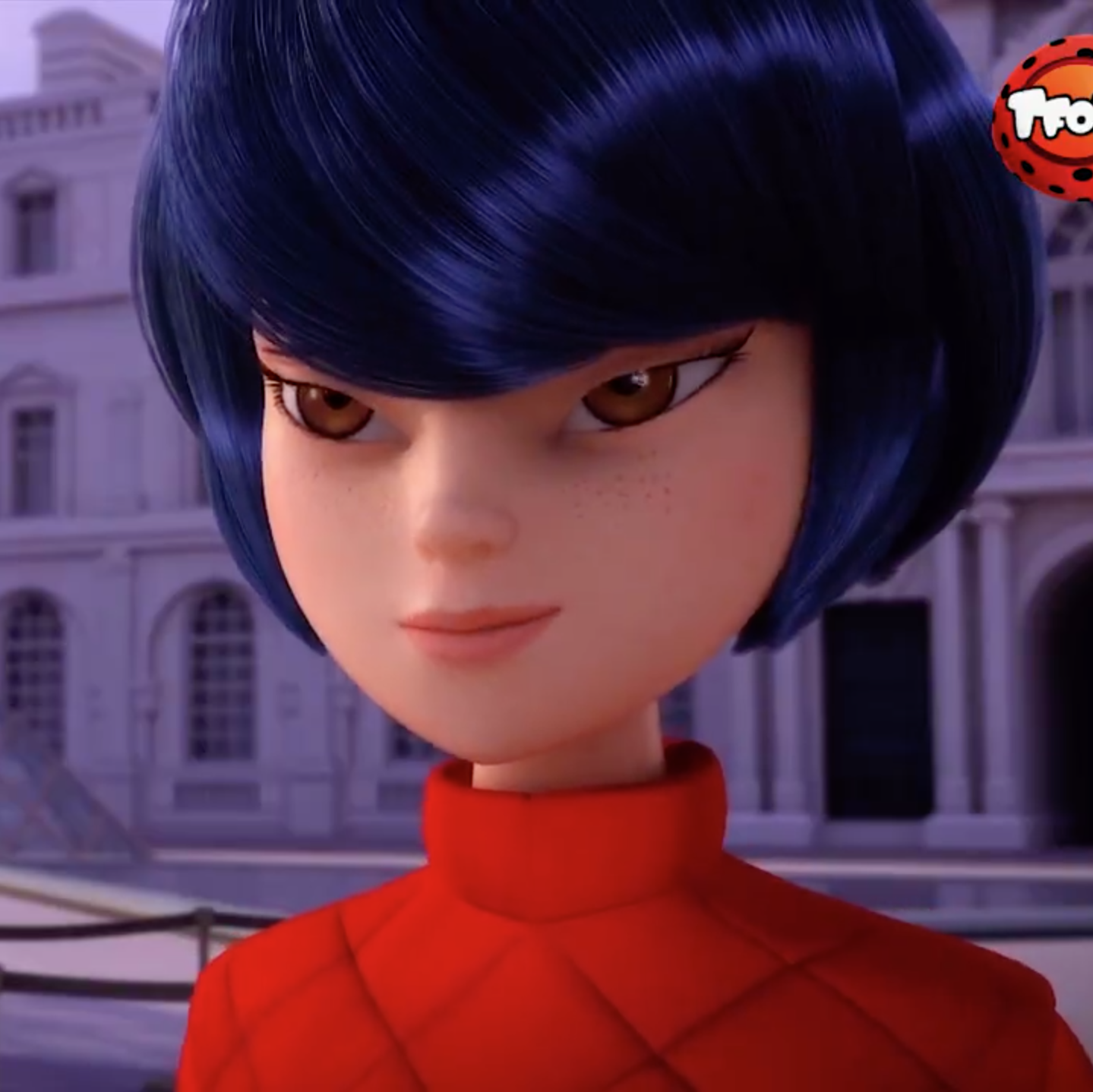 When she takes off her helmet there is a bubble scene sooooooooooooo maybe he does like her!!! But fret not Adrienette WILL happen!!

Yeah I know I posted that

In my opinion I wouldn't stress over Adrien liking Kagami at all, even if they had their moments he never admitted that he loved her like he did to ladybug. And in the trashy season 3 finale fiasco when kagami went in for a kiss adrien rejected it meaning he still has feelings for LB or he can't return his feelings for her even if he likes her. He can't just jump in a romantic relationship with kagami because they had a "few" scenes NO that's a huge NO-NO and it will throw off the whole love plot of this series and Marinette might even think about no longer being friends with adrien and backs up off of him because she's oblivious about adrien liking kagami even tho he denies it (thank the godsss >/////<) Causing adrien to be concerned about mari and wanting to fix their friendship, Also... if you go to Adrien Agreste wiki page and you scroll down to "love interest" it says kagami and marinette and both names are in blue highlights but you notice how ladybug's name is grey and its says (temporarily) so i believe adrien simply backed off ladybug even if he still loves her he is giving her space or time adrien is also patient and he says that anyone can change over time i believe this means he still has hope that Ladybug will return affection and it's really showing as she is more jealous of female heroes around Chat Noir so she must be developing feelings for himmmm. And now he likes mari and kagami. But Thomas Astruc said himself that Adrinette is confirmed and gonna happen sooo.... (internally screams) that's pretty epic. In conclusion guys don't worry about Adrien liking Kagami "forever" he isn't gonna stay liking her for long. Don't worry Thomas has us we will see our adrinette ship sail at last and the best part is it's now confirmed!!!!!!!

The reason Ladybug is in grey while Marinette is in blue is because Marinette is a link (click it and it'll take you Marinette's page) while Ladybug isn't, since she shares a page with Marinette and we only link to an article once (for the most part).