Let's have a seat said Alya.

But I have to drink anything now... so Iam going to buying a juice... do you want juice asked Marinette.

Haaaaa oh no run run run Marinette she said that in her self.

"Marinette came to her place next to Alya"

why you are very tierd like that and where is the juice asked Alya.

oh no you always like that..but no problem we have only one chance now...after the mach you will to tell him And I am going with you said Alya.

Hello guys now we have a new mach today...and we have leopard team vś Eyes of the lion team...this names are names of the teams said the Anterdocer.

Alya can I ask you an a question asked Marinette.

Yes ofcours you can said Alya.

Do you know Adrian's team is called what asked Marinette.

How you know that asked Marinette.

I know that from Nino he said to me before said Alya.

Now guys the mach will begin so I want the smill in your face and encourages your team said the Anterdiocer in the Tv.

"Mari went again to buy juice for her and for Alya.

What kind of juice do you want asked the shop keeper.

"Mari waited to take the juice "

Here you are the price is 1 dollar said the shop keeper.

okay here you are Thanks said Marinette.

"Marinette went back to her place "

Hey I came back... there is any goals asked Marinette.

No, there isn't any goal came said Alya.

Okay take the juice here you are said Marinette.

oh yeah I think there is a goal will coming now said the Anterdoicer.

oh no becareful Adrian this ball it will be a goal said Marinette in frightening way.

Hey where are you Adrian we will lose like that said the player who playing with Adrian.

"Adrian was so happy when he saw Marinette"

Thank you very much

I think she carry an a cap

Did you write part6

In just in my dreams yeah and......u you mean part 9 I wrote part 6 from a long time ago but not on fandom I will write it tomorrow morning maybe at 8 or 9 am will you be awake to chat ?

yes I mean in the fandom

Lol my sis drew this its sooo cute 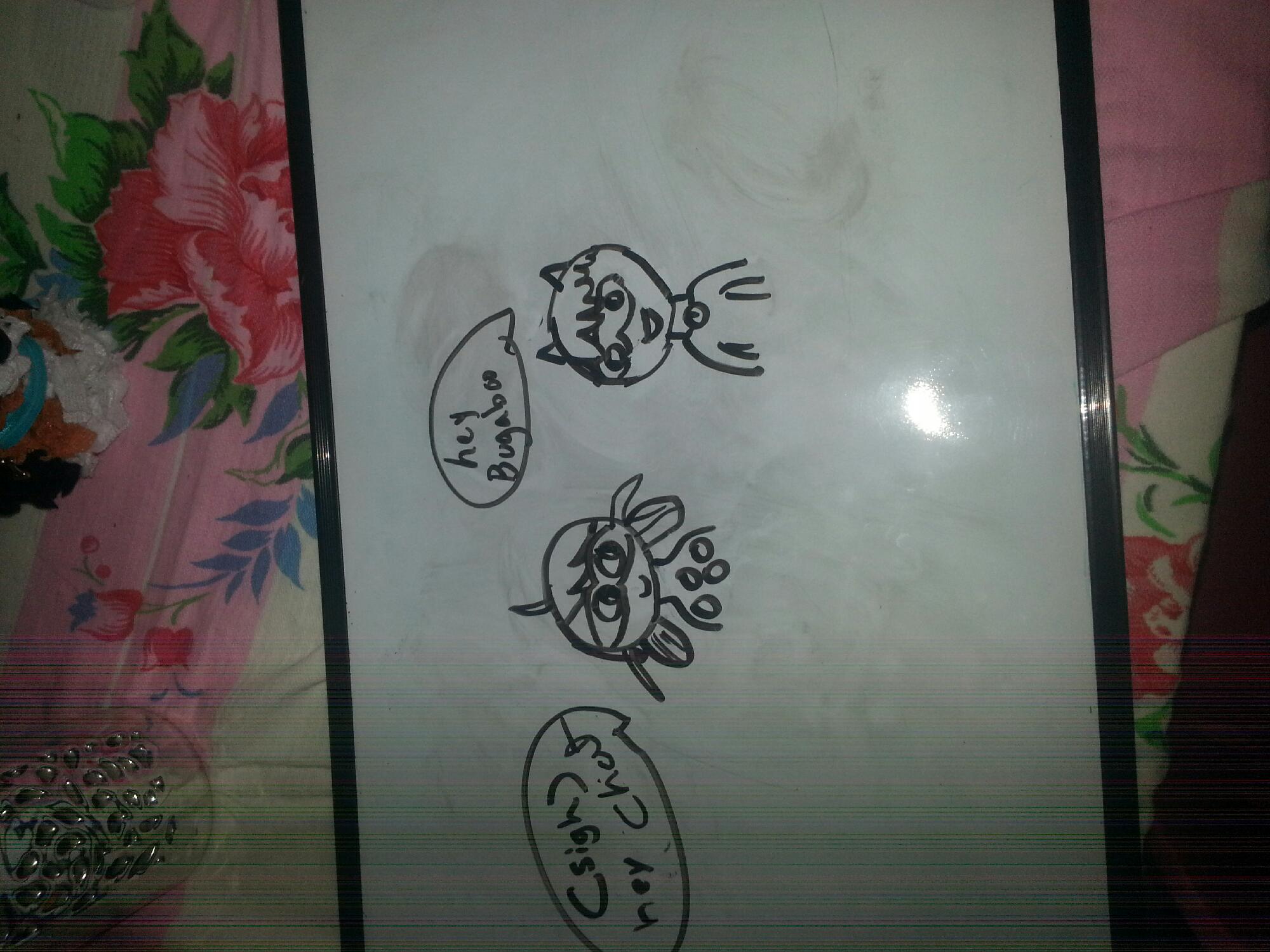