What's on your mind?

So umm..yesterday I was bored and decided to start making edits and digital stuff.

Now I am obsessed. I don't know where this has been all my life..but in less than 24 hours i've become completely addicted to making random edits XD.

Here's my first one! 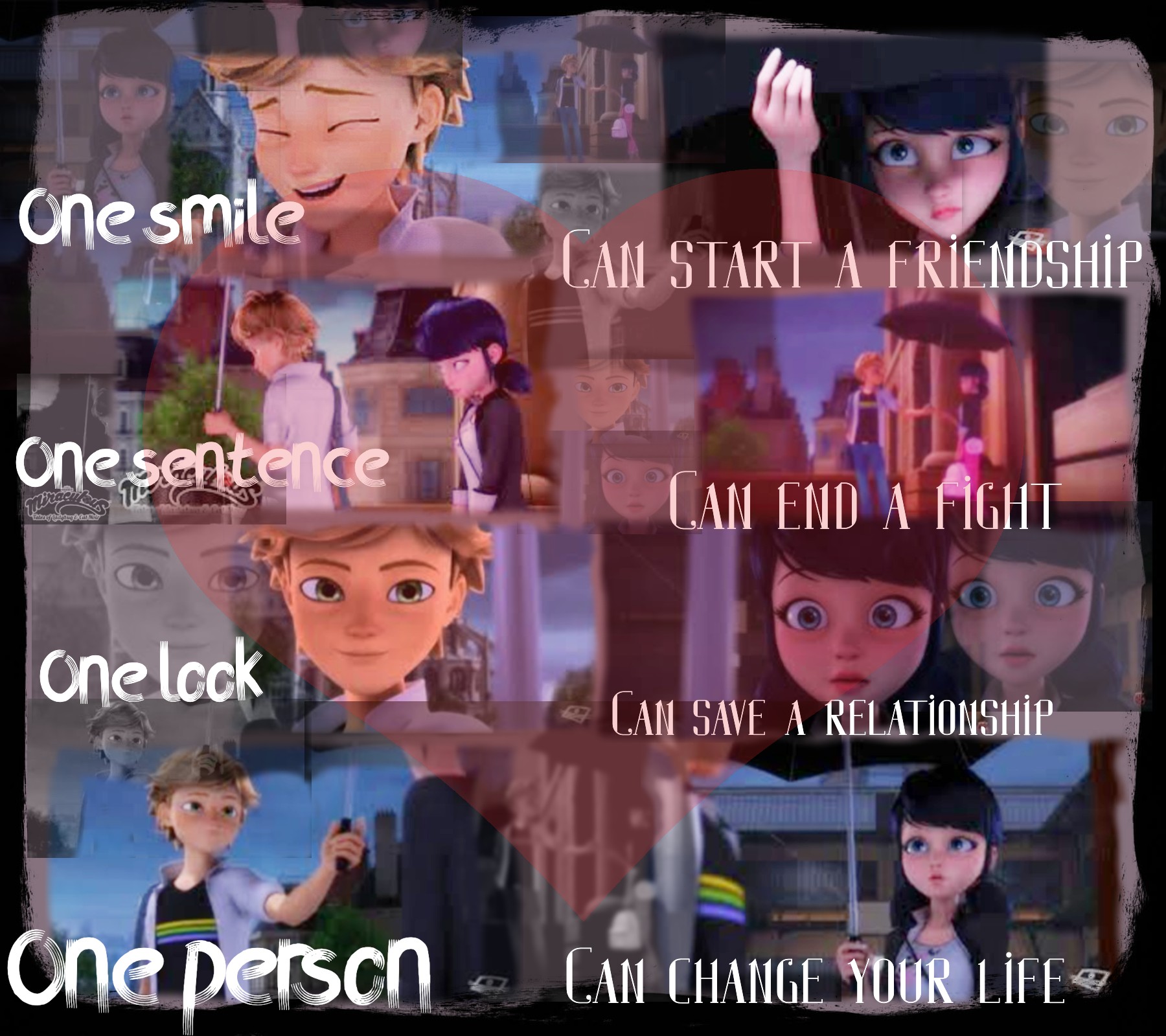 Hope my first one turned out well. I might make another tomorrow who knows XD

Ok, so this decided to come up with this because me and my friend always argue over which ship is better. One time while we were arguing, I came up with a point that I was sure would beat hers. I said that even though Adrien thinks Marinette is just a friend, he still fell in love with her in cat blanc. Then she replied that he only fell in love with her because he knew that she was ladybug. So I lost that argument.

I am so proud of myself. ☺️ I haven’t brought this up to my friend yet, but I can’t wait until I do. But usually she comes up with another point to beat mine, but I have confidence! 😃

Sorry to all Lukanette shippers- 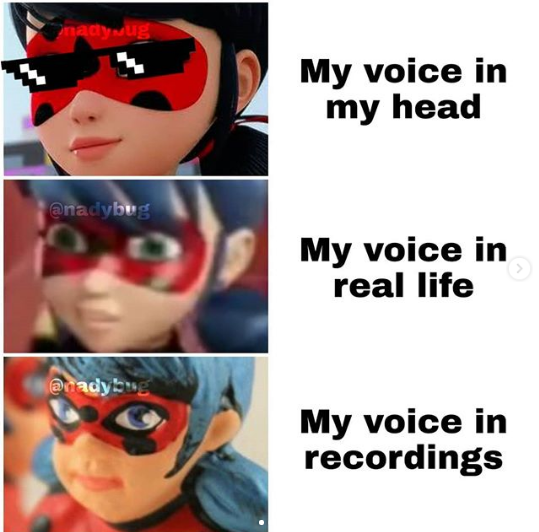 Game
Edit (I can do them again UwU)
Drawing (*rubs hands* time for crappy art...)
Other

I made 2 drawings, one of ladybug and volpina, they are not so good and it’s a first draft... but, oh well! 😂😅 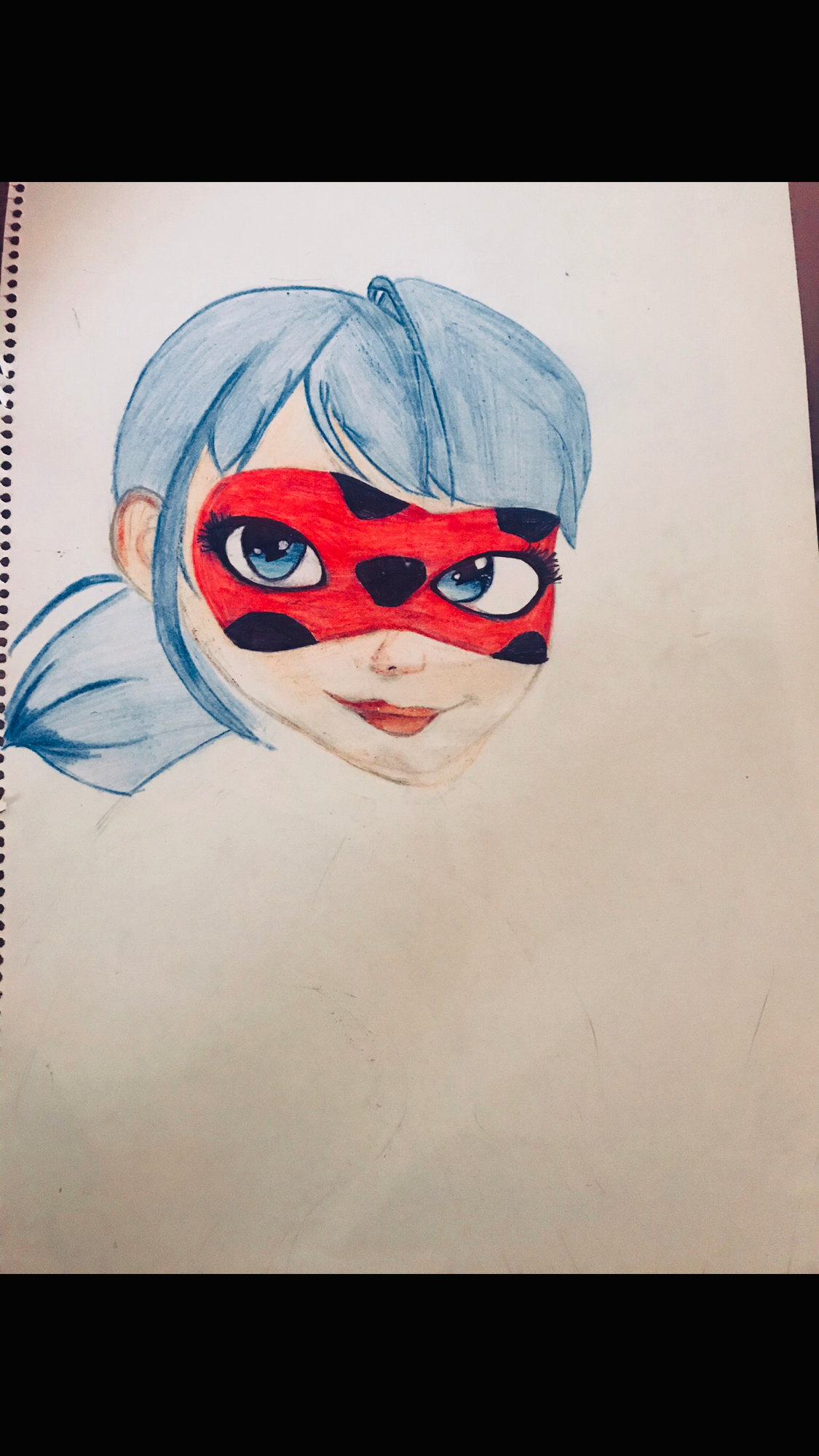 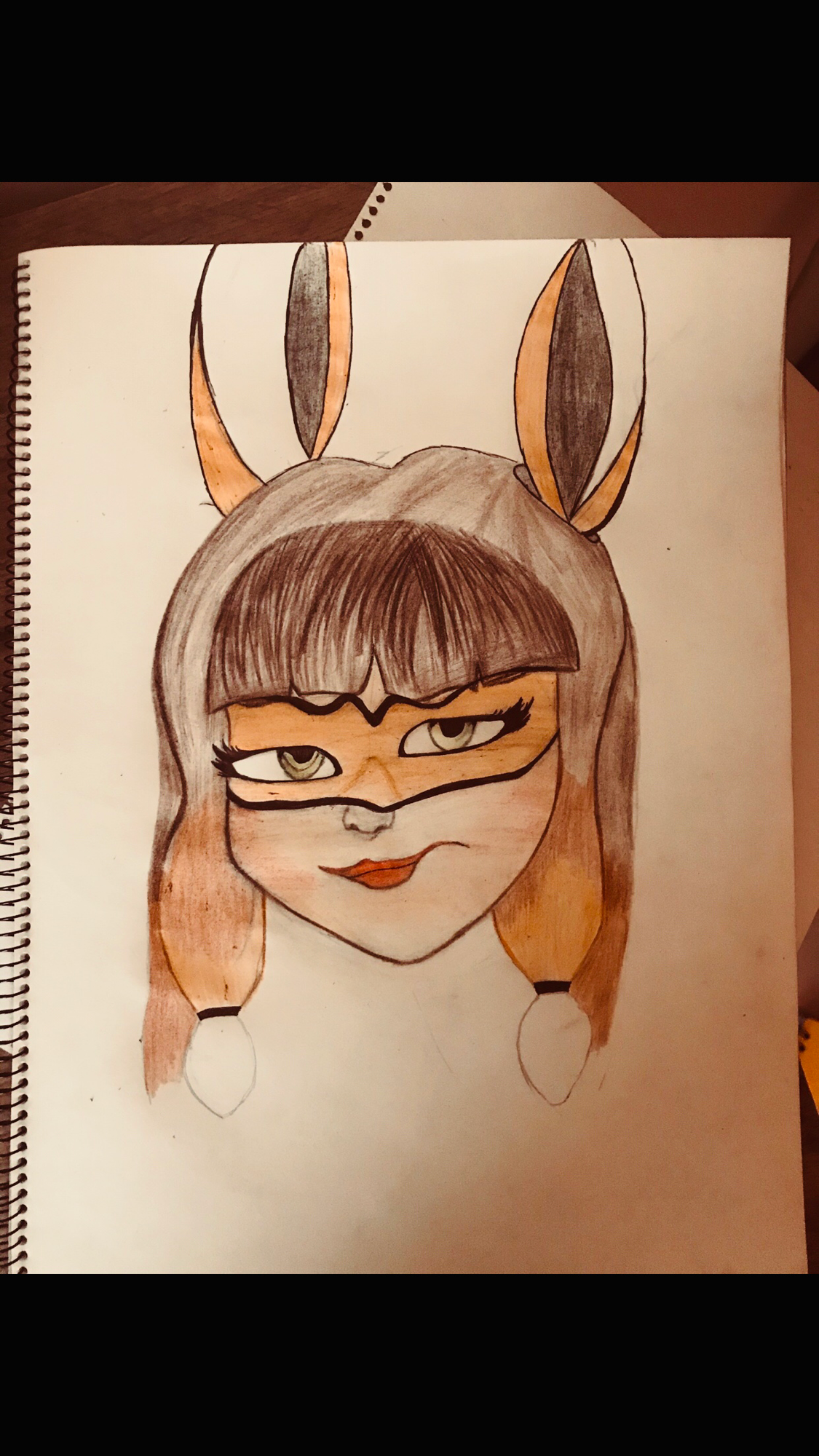 I hope you like them! What characters should I do next? 🤔 it could be either a villain or superhero.

Heyy guys you already know who it is..or at least I think you do..it's Mizba mouse,Miz and ze clown 🤡🤡 anyways so umm..I just had a question for you gois....do you like Miraculous fanfiction..including ze Marichat fanfic??

Hmmm. Has anyone wondered what the "price to pay" might be? I mean if Hawk Moth gets his wife back what would the price be to pay? 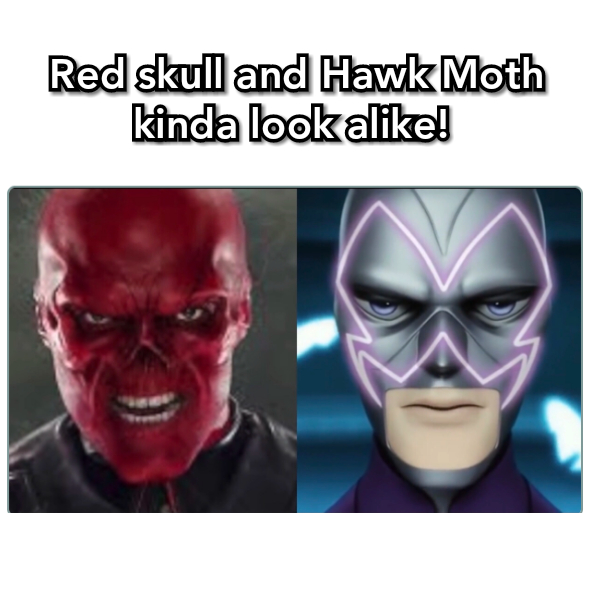 What do you think? (I'm not sure what category does this one go but I thought it's kinda fun so..)

Me: Now wait a darn minute

** me confused as ever thinking Adrian is 2 face XD**

-Has this ever happened to u in a TV Series 😂 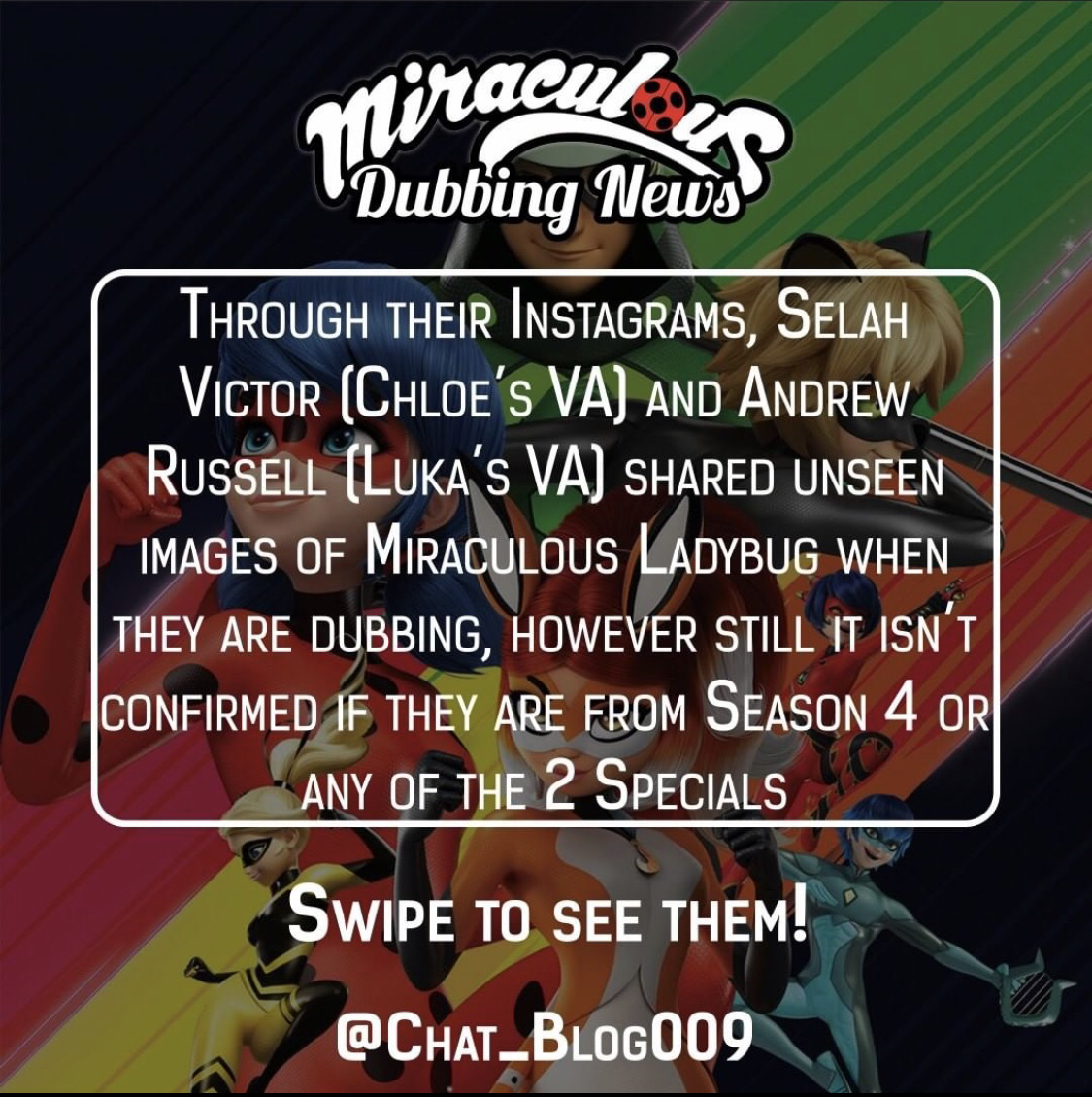 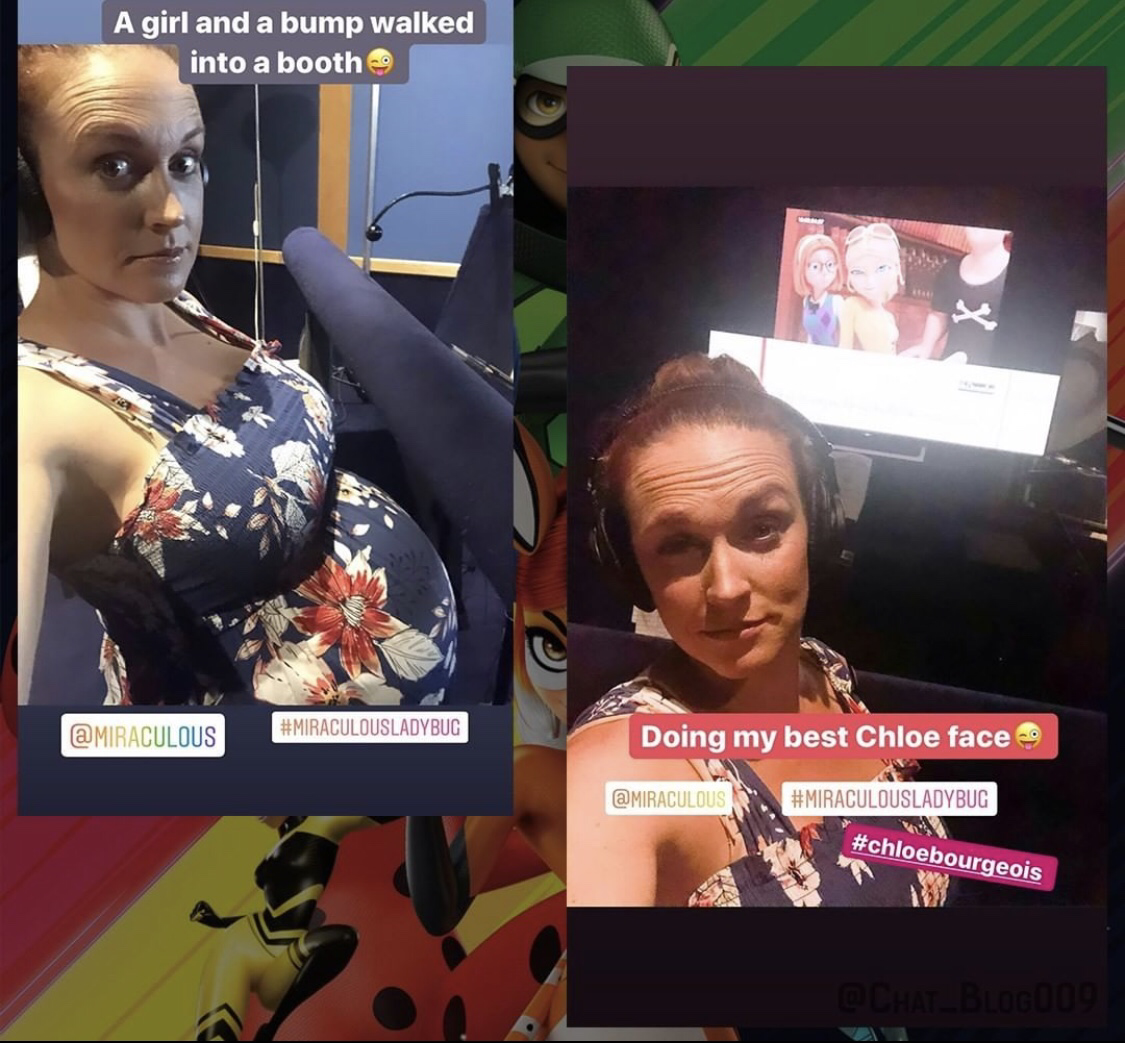 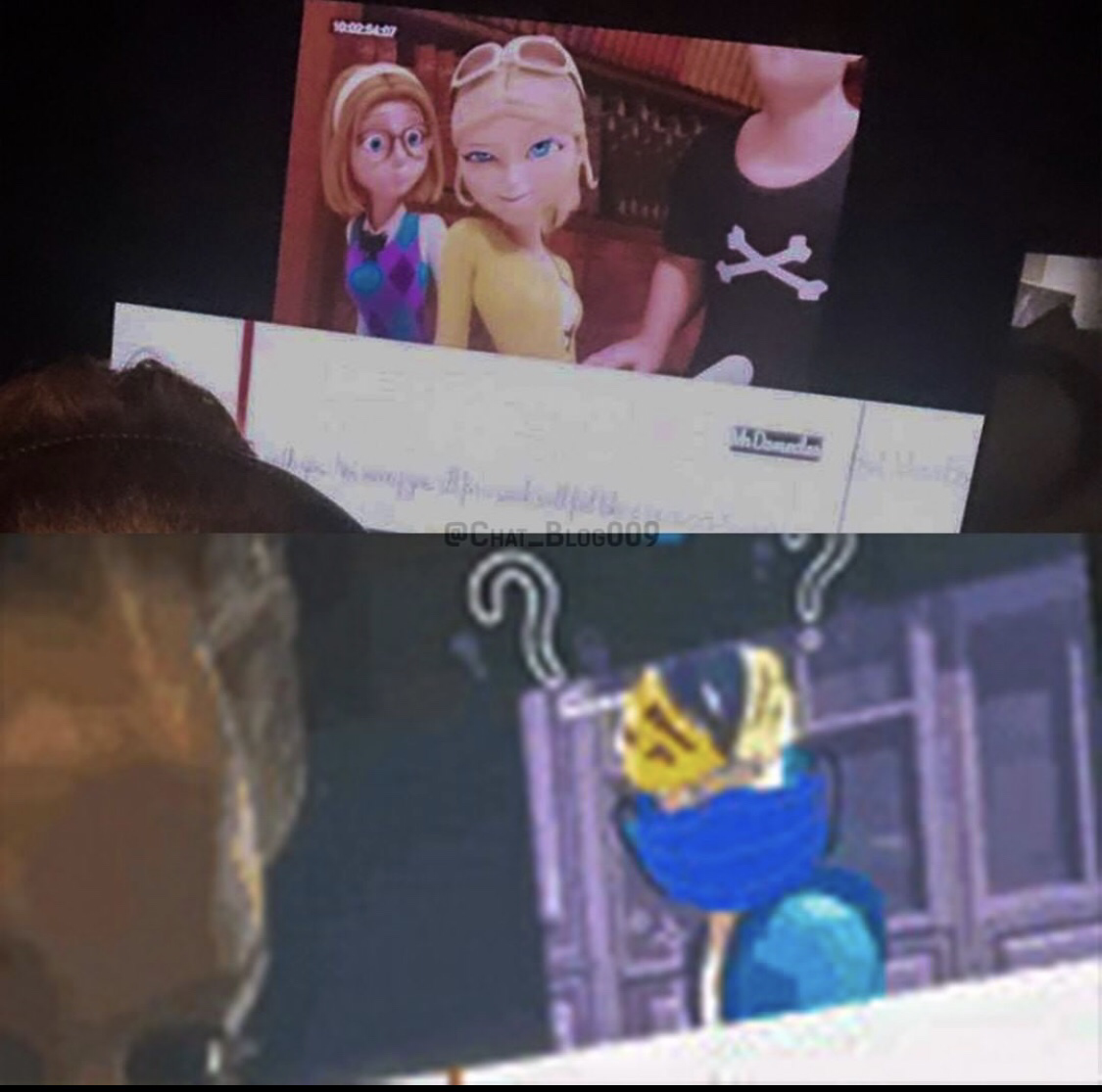 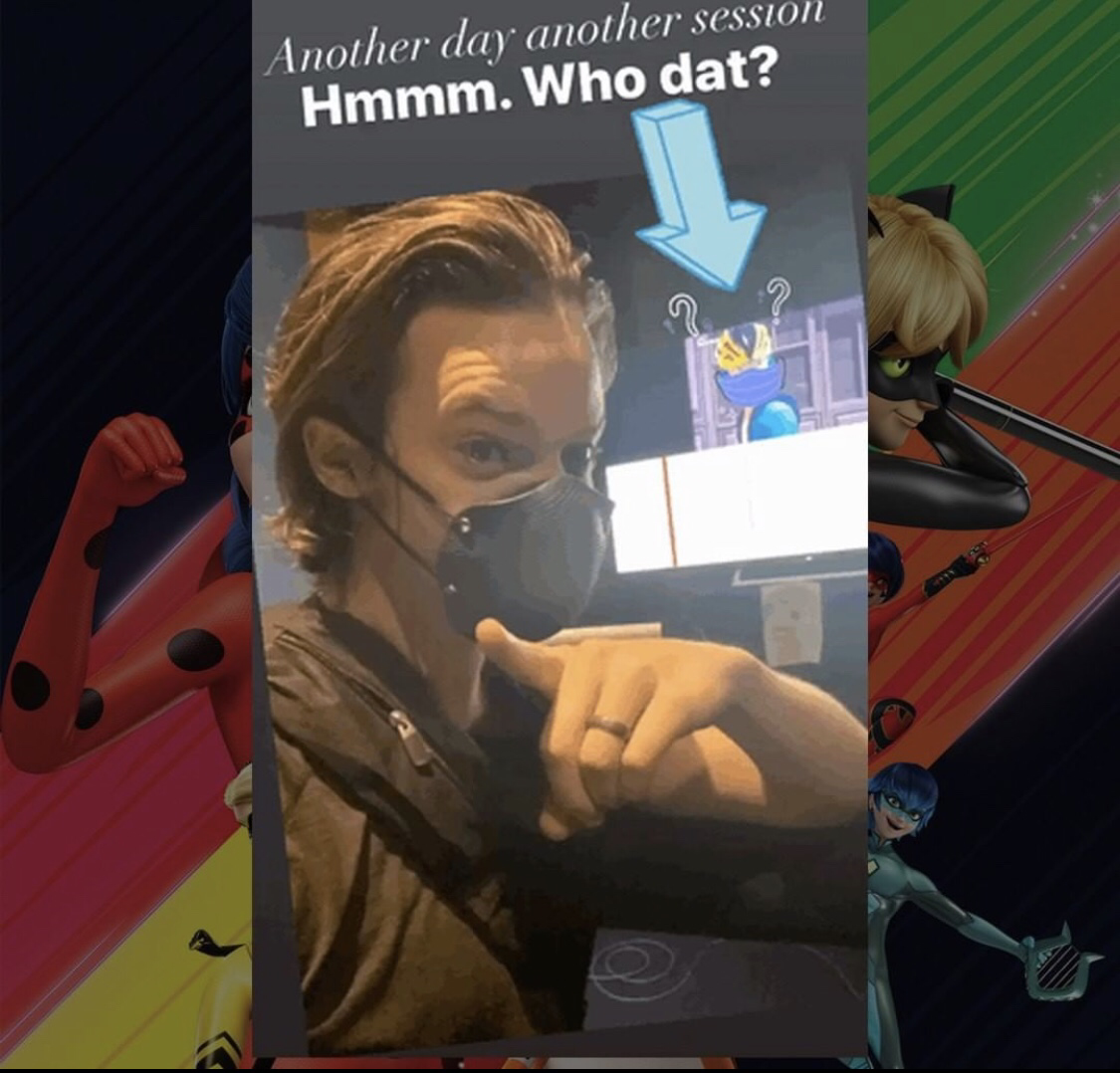 How do catnoir survive in the suit in summer??

It's so tight mask and hair on face only mouth is open and his suit is too tight......do he have a A.C in his suit or what else....only his neck and mouth is open....not even the neck look at the high collar....

Thanks for the request @RiseFromAshes. I think both sides had fair points, obviously Ladybug was being stubborn due to her annoyance with Chloe so Cat was right to call her out but she's not wrong about Chloe having lied and not really being a reliable source because of that. 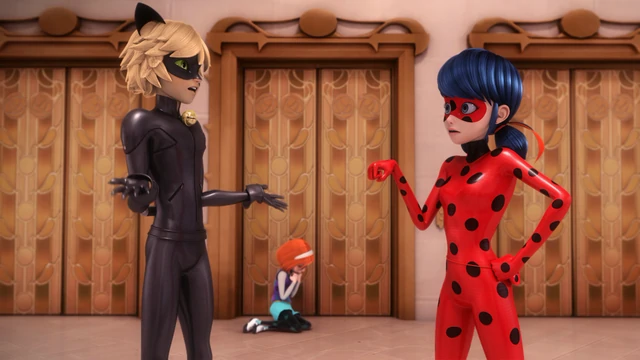 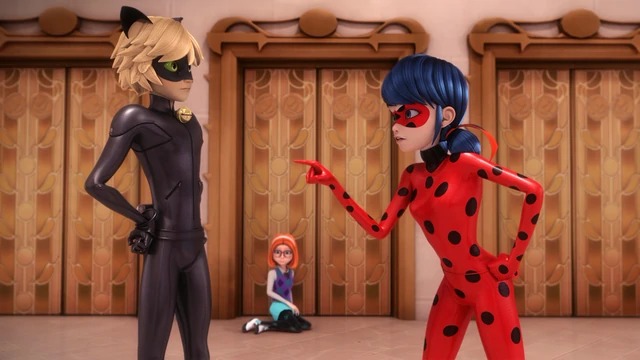 Cat Noir: Why didn't you listen to Chloé? She was only trying to help.

Ladybug: First, because that girl put us in danger. And second, she completely lied to us earlier. I was not gonna listen to a liar. 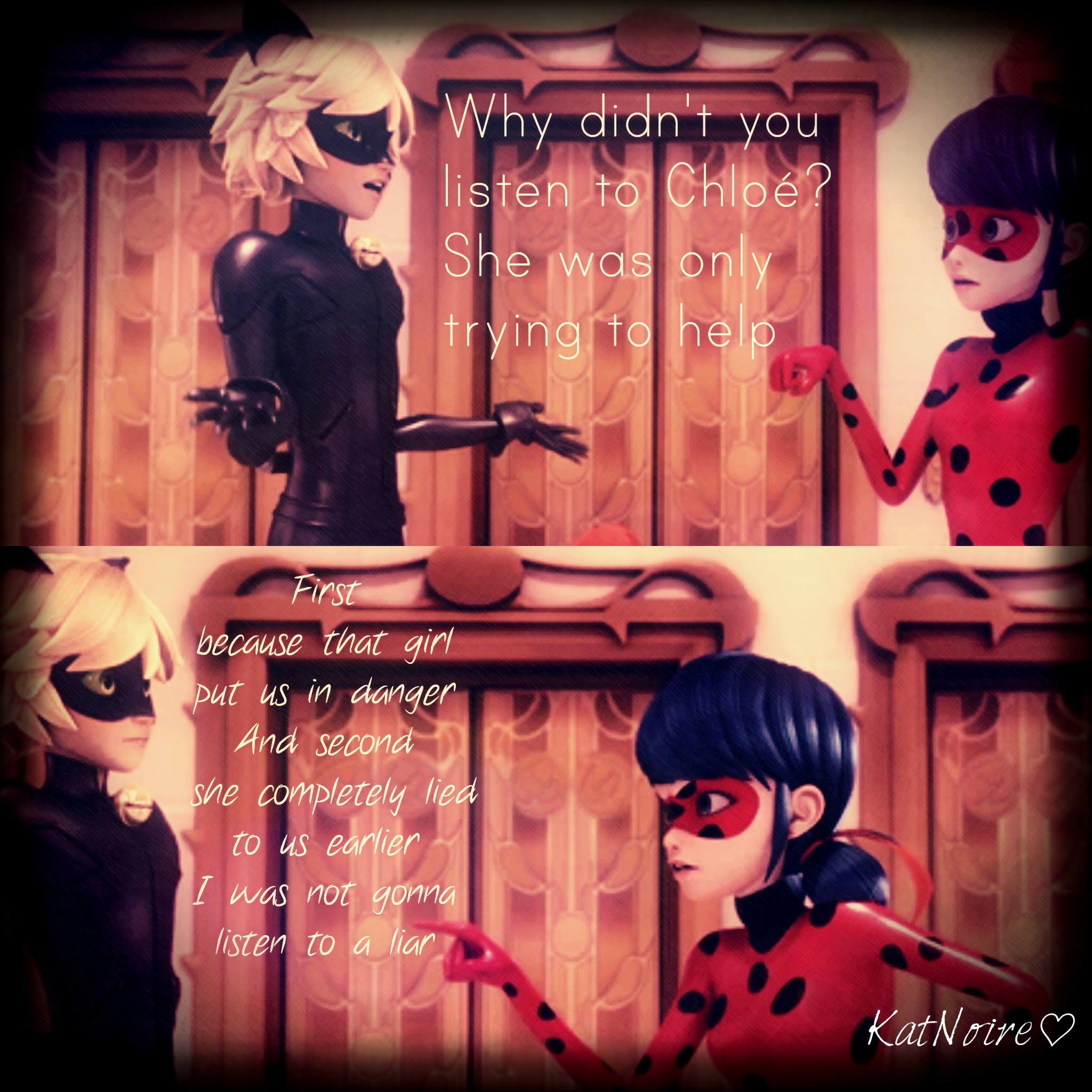 Heyy! Idk if this is a spoiler or not, or if ppl know about this already but... here you go: 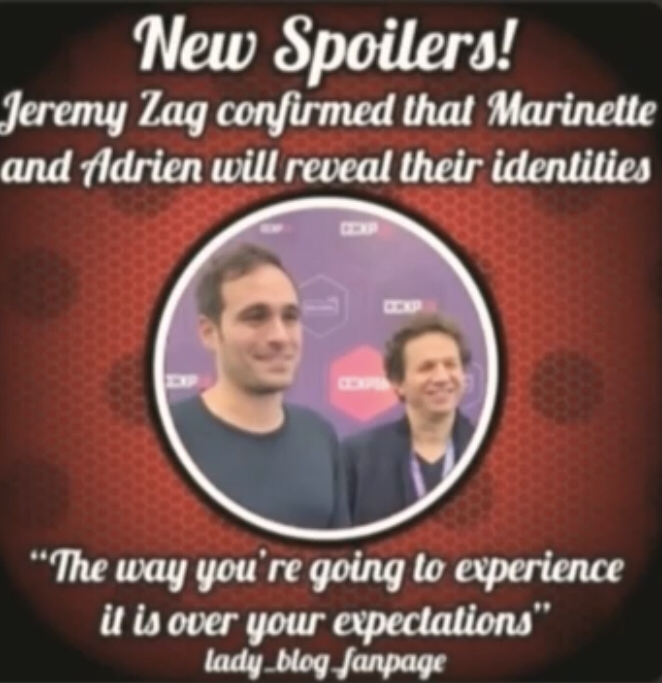 And I quote: “The way you are going to experience it is over your expectations”... who else is excited! 🤔

Here is the original link of the spoiler video I got my info from on YT: 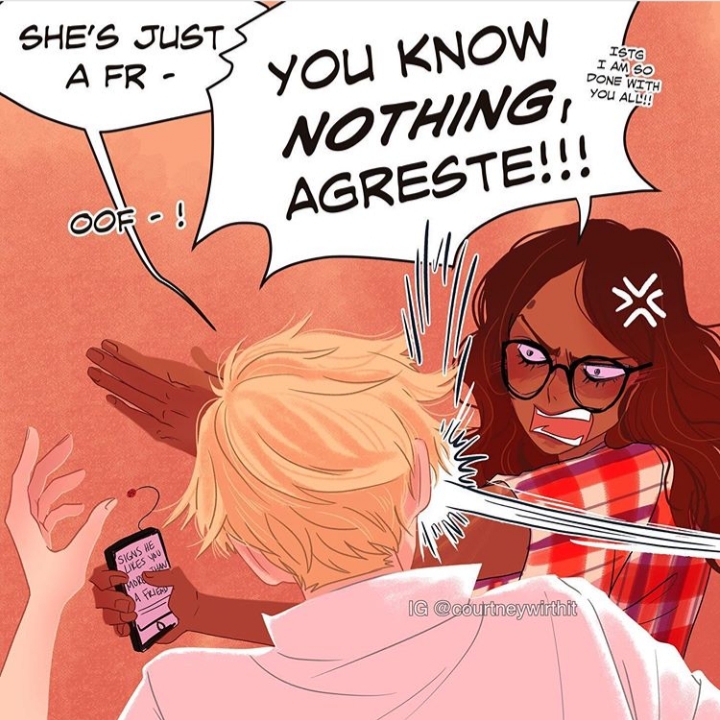 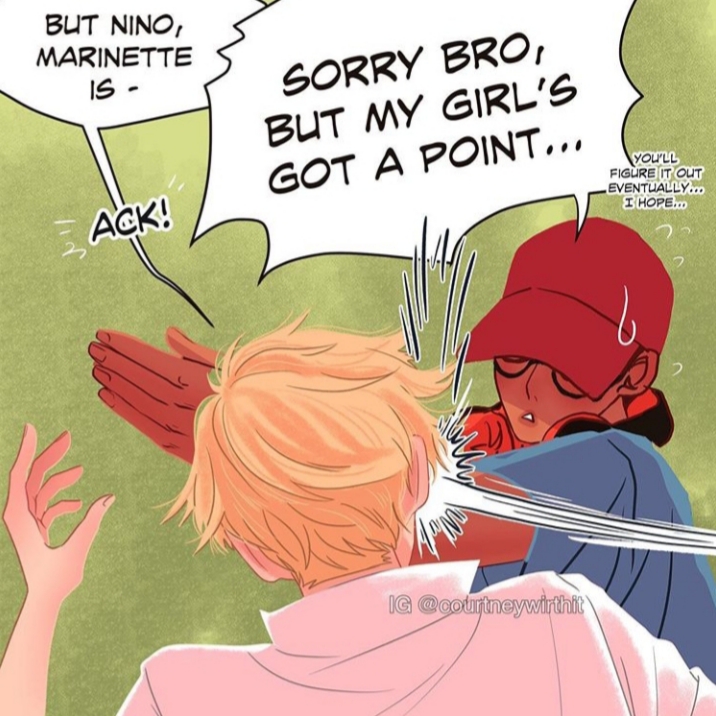 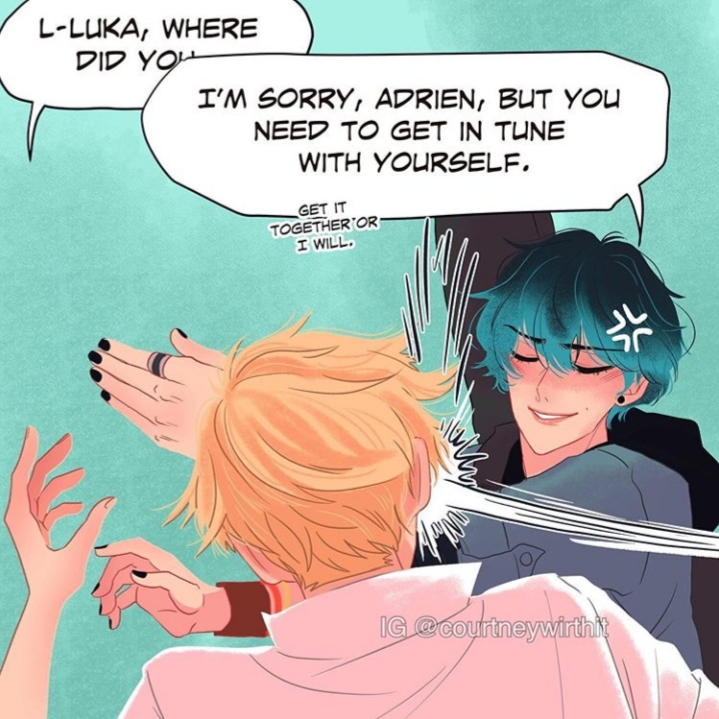 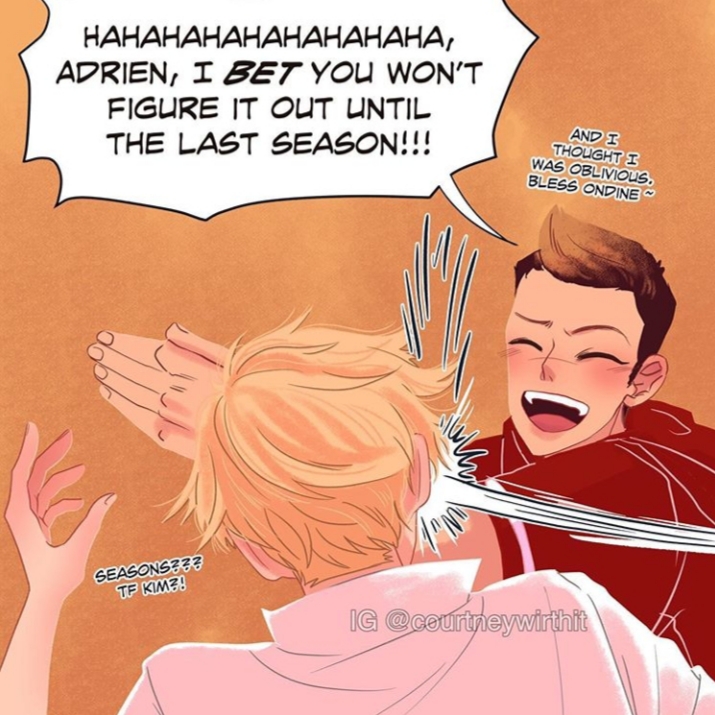 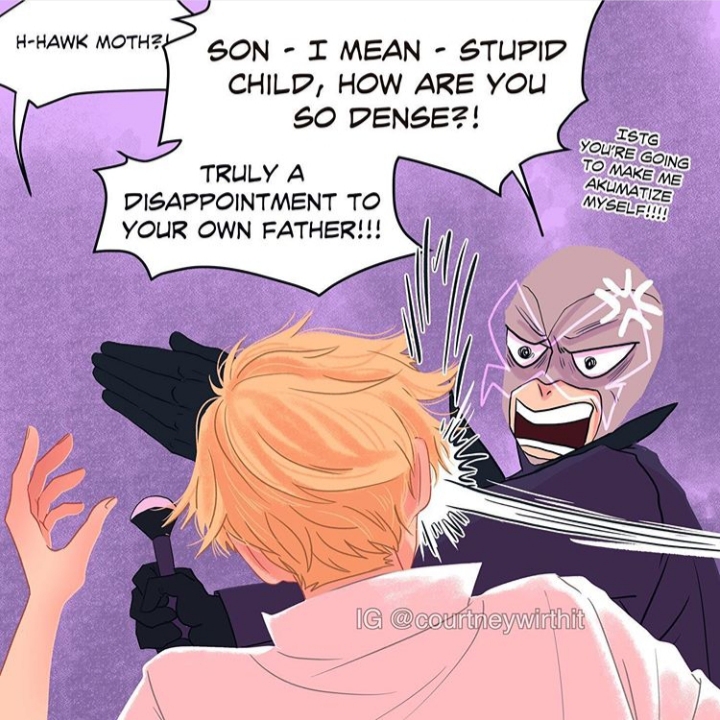 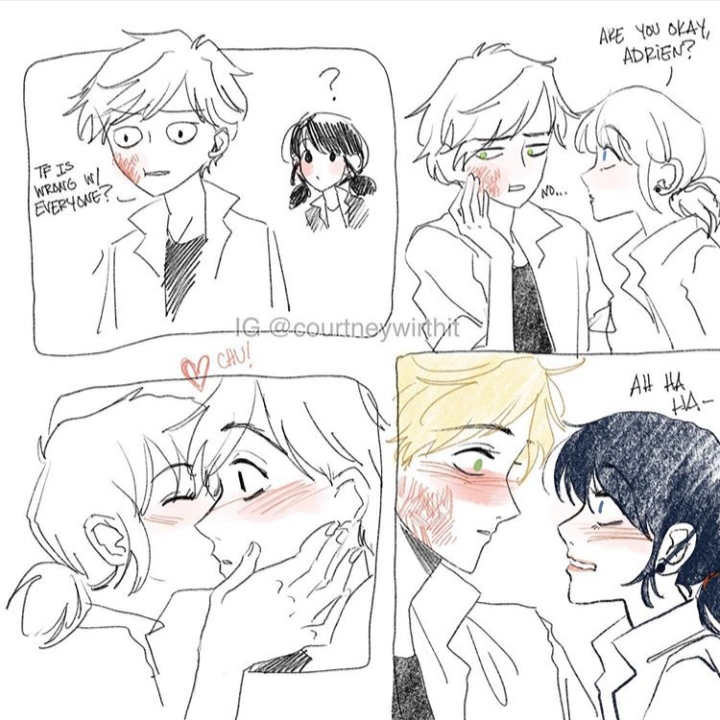 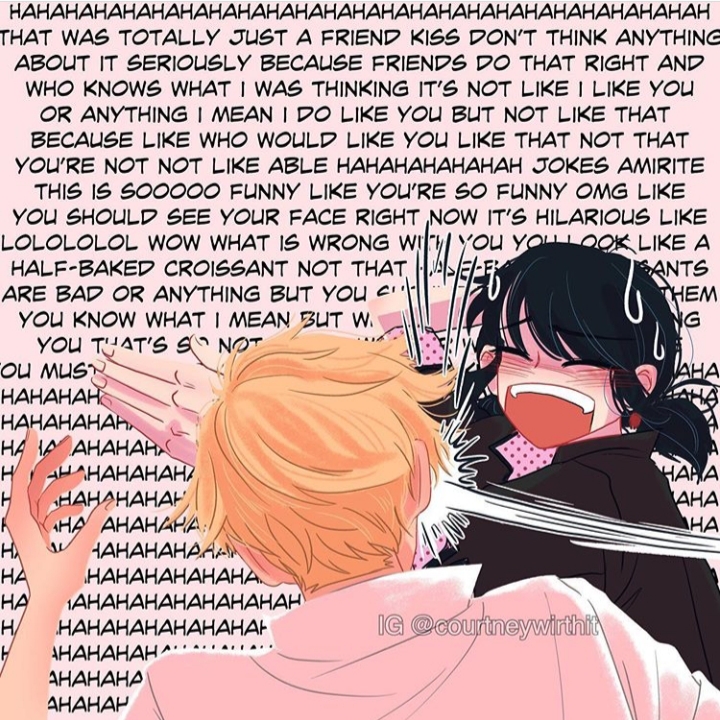 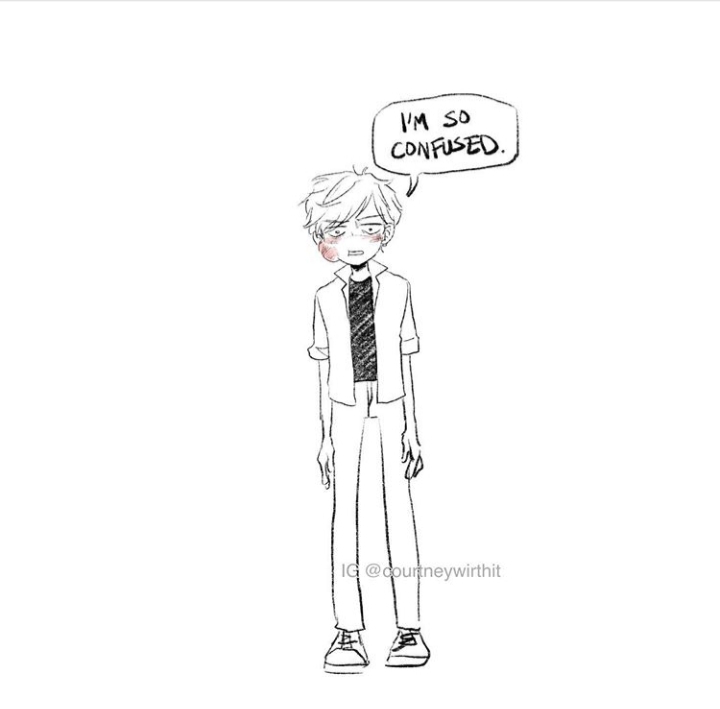 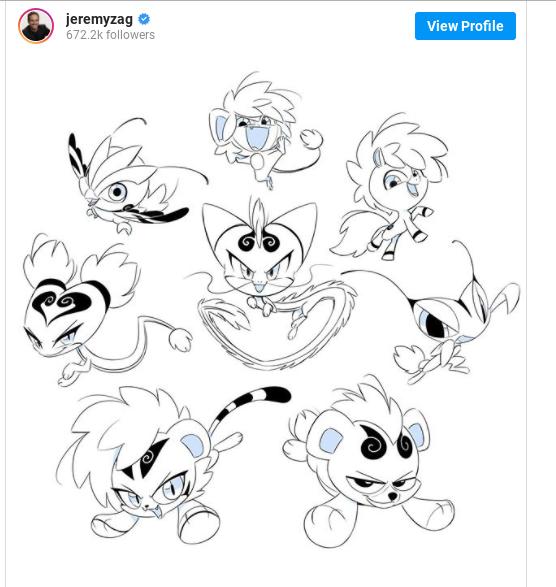 I honestly think this is ADORABLE!!! I'm so excited!

(also SPOILERS from the Shanghai special)

I had a dream that adrien kidnapped marinette and hid her in his basement.